Companies like Ehang, Urban Aeronautics, Uber and Airbus are working to develop flying cars. While the first image that comes to mind might be something out of “The Jetsons” — people driving vehicles in the air — Quarant Information Services would like to remind people that licensing sky drivers is probably not going to happen. Instead, those flying cars might be autonomous.

“The popular image is of an individual driver at the wheel of a flying car, zipping around the skies. That’s not going to happen,” says Michael Macauley, CEO of Quadrant Information Services. “The average driver is not going to go through the many hours of instruction needed to obtain a private pilot license, and the FAA — not to mention the insurance industry — would never allow somebody to go up without one. Not only that, these vehicles will be far too expensive for individual consumer ownership.”

The passenger drone, then, would be the likely path to a flying-car system. Should the technology become fully developed, which it looks like it could, the next step for U.S. manufacturers would be FAA certification and authorization. But the FAA is currently in the early stages of figuring out how to integrate unmanned aerial systems (UAS) into the U.S. National Airspace System.

Qarant Information Services mentions, though, that other countries could tackle the concept. The Netherlands’ Delft Robotics B.V., it says, has announced plans to deploy docking stations throughout the Delft region. These would support a network of autonomous drones, like cell towers support mobile phones.

“This is going to happen,” Macauley says. “In fact, it’s already happening. As with every advance in technology, there are going to be both risks and benefits associated with commercialized autonomous drones. As the industry develops, we need to maintain a current understanding of it, so as to properly protect the people and companies who rely on us. At QIS, we’ll be gathering information about this technology as fast as it becomes available and passing it along to our clients, in order to help them remain competitive in this rapidly changing world.” 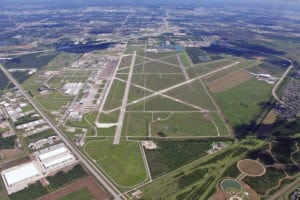