[Avionics Magazine 12-20-2016] The U.S. Aerospace and Defense (A&D) sector has been underperforming as a result of its struggle to adapt to the evolving market, according to a report released by Deloitte earlier this year. Many A&D companies are choosing to “stay the course” as opposed to exploring new business models and potentially exposing themselves to new revenue streams and areas of innovation, according to the report, but changing circumstances in the industry are pushing many companies toward new business models.

“The aerospace & defense industry is still a thriving industry, but portions of the industry haven’t necessarily evolved with the environment. Over the past 25 years, at any given time, between 25 and 50 percent of A&D companies have stayed with their historical strategies and business models despite what have been some very significant changes in competitive dynamics and market requirements,” Erich Fischer, principal consultant for U.S. aerospace and defense at Deloitte Consulting, told Avionics Magazine.

According to Fischer, the democratization of technology, digitalization, globalization, the atomization of security threats, among other factors, are disrupting many A&D markets in ways not seen for years. In order to remain viable in the changing climate, Fischer believes companies need to do three things.

“First, choose a strategy that actively creates value rather than simply stays the course, and has shown the potential to demonstrably outperform other strategies; second, deploy a business model that reflects the true needs of markets today and is nimble enough to adapt; third, innovate how business is executed to take advantage of or defend against disruptive trends such as the democratization of technology,” he said.

By applying these strategies as companies begin to look at 2017, many can stay afloat or outperform competition, particularly in an environment in which more than 60 percent of large A&D companies’ revenue is associated with business models that no longer truly reflect current market needs, the report states.

“Much of the A&D industry has traditionally been characterized by long-development cycle, higher cost structure approaches to address heavy compliance and regulatory requirements, and to ensure cutting edge technology that can remain superior for decades. But when you have an area of technology, for example, that has matured to the point that the market is now characterized by global competitors often using commercially-derived technology, the long-development cycle, higher cost structure model no longer works well,” Fischer pointed out, noting that this is just one example of an outdated business model.

“Those approaching it as just a technology miss the point as advanced manufacturing has the potential to completely upend the cost structure of the supply chain, who has strategic power across the supply chain, how engineering is done, and so forth,” Fischer said. “If you don’t consider the business model aspects of disruption from something like advanced manufacturing, you’ve missed the point.”

“It’s those technologies that enable business model innovation that are going to be the most important to consider,” Fischer said.

Most importantly, however, when looking to implement new business models around new technologies, a company should aim to do this in a systematic and holistic way, considering culture to organization structure to infrastructure to systems to controls and to talent model.

“Not doing so will ensure that the disruptor becomes the disrupted,” Fischer said. 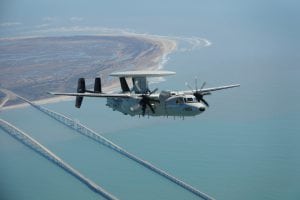 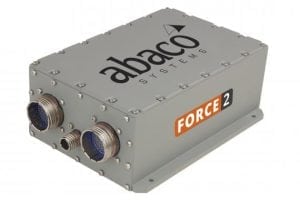