[Avionics Magazine 11-29-2016] IBM’s cognitive super computer system technology Watson has already proven itself capable of winning Jeopardy and identifying treatments for cancer, but is it ready to tell pilots what to do to resolve to a malfunctioning equipment issue at 37,000 feet? One of the world’s largest airframe manufacturers seems to think so, as Watson has already started being introduced to non-cockpit related aircraft operations at Airbus. To discover how, when and where Watson could start going beyond its current use in aviation in the future, Avionics Magazine recently caught up with IBM Director of Travel and Transportation Global Cognitive Solutions Brad Closson.
Closson describes Watson as a cognitive system that goes beyond conventional computing systems’ reliance on programming of rules to process highly structured data. Cognitive computing technology can understand questions and commands in natural human language, and further build human expertise through providing insights and answers hidden away in large volumes of structured and unstructured data including text and sensory data. Watson combines artificial intelligence and analytical software, and as uses linguistic models and algorithms to understand the complexity of natural human language and text. It also has the ability to reason, and can generate a hypothesis and use statistical modeling to weigh evidence and create a confidence score to support its hypothesis when asked a question. It’s also capable of reading at a rate of 800 million pages per second, Closson says.
“When Watson is applied to specific industry domain such as aviation, it is able to understand the terminology and jargon specific to the domain. The end result is that Watson is able to have a two-way dialog both responding to questions and asking questions for clarification just as we do with each other,” Closson told Avionics Magazine.
Considering that the modern aircraft cockpit has evolved from pilots using steam gauges and paper manuals to high definition displays with digital onboard systems augmented by tablets to process critical flight information, there are conditions where IBM believes cognitive computing technology such as Watson could assist and advise pilots.
The majority of existing commercial technology requires physical inputs from pilots that aggregate natural language information from multiple systems such as the GPS or weather radar system, and then displays the information from those different systems within a single context based on the type of command that was used by the pilot. Watson in this sense would already be aware of all of the data and information being produced by the different avionics boxes and computers, as well as all of a specific aircraft type’s flight operational manuals and even the information available in tablet applications. Watson could also give pilots the ability to go beyond making decisions based on the information that they have at hand, standard operating procedures and experiences.
“Operators are looking to have more consistent responses to unexpected events that take into account a broader set of risks and impacts. A cognitive advisor is able to provide in-mission advice and recommendations to the pilot when unexpected events occur in the operational situations. Potential events include weather, platform performance irregularities/failures, passenger issues, ground stops, security threats, etc. The advisor develops a set of recommended operational actions — divert, change route, etc. — based on the reasoning capabilities of Watson,” said Closson.
One of the key questions remaining regarding the introduction of Watson as a cognitive cockpit assistant is how and where would it would be integrated into flight control systems.
“Currently Watson capabilities are available through a set of Application Programmable Interfaces (APIs) and Software as a Service (SaaS) products. There are elements that can be deployed on a private server but connectivity is still required to access the Watson APIs. It is fully expected that cognitive capabilities will eventually reside as part of embedded systems. We are already seeing this in drones and self-driving vehicles,” said Classon.
Dealing with the required connectivity will be key to the introduction of a software-based cognitive assistant type technology to an aircraft cockpit, especially one that a pilot could become reliant upon in critical situations. Adding true Internet Protocol (IP) connectivity to aircraft cockpits today has already been challenging, especially in the United States, where in 2015 an FBI investigation was conducted after a computer hacker publicly claimed he used a cabin-based In-flight Entertainment and Connectivity (IFEC) system to hack into and control a Boeing Thrust Management Computer (TMC).
The idea, though, of voice activated cockpits where pilots use vocal commands to interact with avionics systems has already been in the research and development phase extensively both at Honeywell Aerospace and Rockwell Collins in recent years. Both companies have programs looking at the advanced use of voice-activated commands for everything from navigation to communicating with air traffic controllers.
Airbus has already solidified a new role in aviation for Watson’s currently available APIs as well, though not as a cognitive cockpit assistant, but solely for aircraft operations and maintenance. In December 2015, Airbus Senior Vice President of Business Services Laurent Martinez gave a presentation at IBM’s grand opening of its Watson Internet of Things Munich headquarters, regarding collaboration between the two companies focusing on helping Airbus A350 operators manage the 250 GB of data it can produce on one flight.
Current end-user interest in Watson as a cockpit assistant though is still unclear, though Closson said IBM is “hoping to talk about the clients we are working with in the coming year.” He said IBM is also currently researching other applications for Watson and cognitive system technology generally.
“One of the most exciting areas of cognitive systems is the research on neurosynaptic chips; these event drive chips only operate when it needs to, resulting in a cooler operating environment and lower energy use. When paired with traditional computing, cognitive capabilities have the potential to reside on the computer chips themselves,” Closson said.
Closson also admits that there will be critics as to the potential viability of Watson as a cognitive cockpit assistant in the near future.

“Acceptance of new technology is always a journey. It takes time for people and organizations to feel comfortable and confident in the technology and to understand the impacts it will have. Despite fears, Watson is not about replacing people with machines. Watson is about amplifying the potential,” said Closson. 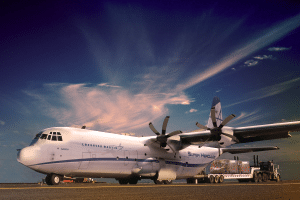 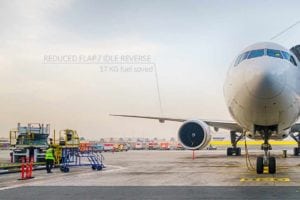