Frédéric Mazzanti has been named director of the avionics division of Sagem. He replaces Patrick Samier, who is moving to another position within the Safran Group. Mazzanti started his career with Sagem in 1983. After overseeing the development of inertial navigation systems, he headed the secure information systems department. In 2001, Mazzanti was placed in charge of the Massy, France, plant and its industrial reorganization. In 2005, he was named head of operations for the company’s Optronics and Air-Land Systems division, before being named head of sales and marketing for the avionics division in 2007.

Northrop Grumman named Stephen D. Hogan vice president of Information Operations and Electronic Attack and Integrated Product Team leader for the company’s Aerospace Systems sector. The portfolio of the team includes the Improved Capability III airborne electronic attack system (AEA) in the EA-6B Prowler and its derivative in the EA-18G Growler, the Next Generation Jammer (NGJ), and advanced decision support and targeting software tools such as RainStorm and the Net-centric Enabled Mission eXecution System. Prior to his promotion, Hogan was program director and capture lead for the company’s NGJ program. He previously led the Northrop Grumman team responsible for developing the AEA system that is the heart of the EA-18G. Before joining Northrop Grumman, Hogan held program and acquisition management positions within the U. S. Department of the Navy.

Sensis Corp., based in Syracuse, N.Y., appointed John Jarrell vice president and general manager of Air Traffic Systems, a division that provides surveillance and automation systems for air navigation service providers, airlines and airports. Jarrell has more than 20 years of aerospace and technology experience, most recently as senior vice president of Airport & Desktop Services at SITA. Additionally, he held positions at EDS and Texas Instruments.

Gulfstream Aerospace appointed Luis Leal as Midwest Regional Sales Manager, Product Support Sales, based in the Houston area. He is responsible for maintenance sales to Gulfstream and non-Gulfstream aircraft operators in Mexico and the Caribbean. Leal has worked in corporate aviation for 12 years, starting in 1997 as a technician at Gulfstream in Savannah, Ga. He went on to become a regional sales manager covering Mexico and Central and South America. Prior to his new position at Gulfstream, he was a regional sales manager for StandardAero in Houston.

Rachel Jackson, director of Transportation Programs at the Lockheed Martin Washington Operations office, has been elected to a two-year term on the Air Traffic Control Association (ATCA) Board of Directors. Jackson, who joined Lockheed Martin in 1995, has chaired ATCA’s Public Relations Committee and serves on the organization’s Awards Committee. She also chairs the Aerospace Industries Association Unmanned Airspace Systems (UAS) Subcommittee, under the Civil Aviation Council.

Crane Aerospace & Electronics, based in Lynnwood, Wash., appointed Kaveh Shamloo vice president of Quality Assurance for the Aerospace Group. Shamloo will be responsible for the quality management systems at the Elyria, Ohio; Lynnwood, Wash. and Burbank, Calif., sites. Before joining Crane, Shamloo worked for Molex, a manufacturer of interconnect electronics. Additionally, he brings more than 20 years of management experience to the position, 14 of which have been in the Quality Assurance organization.

Airbus made a series of appointments in its Military division. The moves were designed to reinforce the company’s new operational efficiency, Airbus said. Rafael Acedo was named head of strategy. Miguel Angel Morell succeeded Acedo as head of Engineering and Technology. Previously, Morell was in charge of all Airbus military derivatives. Antonio Caramazana succeeded Morell and additionally is head of all Airbus military derivatives. Previously, he was in charge of the U.K. Future Strategic Tanker Aircraft program. Additionally, Jaime Perez-Guerra was appointed head of Communications. 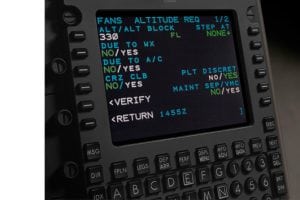