[Avionics Magazine 10-21-2016] Rockwell Collins has received a $67 million, six-year contract from Raytheon in support of the U.S. Navy and Naval Air Systems Command (NAVAIR) to complete the subsystem development required for production of its next generation Joint Precision Approach and Landing System (JPALS).  JPALS is a Navy-certified, ship-based precision approach and landing system that supports aircraft operations across the spectrum from training to combat. JPALS uses Global Positioning System (GPS) technology and a secure two-way data link to provide surveillance, ship-relative navigation and precision approach landing in and around the carrier controlled airspace.

During flight trials, F/A-18C Hornets from the “Salty Dogs” of Strike Aircraft Test Squadron (VX- 23) successfully made more than 60 touch-and-go landings on the USS Theodore Roosevelt (CVN-71). In all, JPALS guided the Hornets to a hands-off-the-stick, three-wire landing to within approximately 20-centimeter accuracy.

Rockwell Collins has been a major supplier to this program since it began in 2008. This latest contract phase will help the JPALS program complete development and prepare for production of the Navy’s current and future fleet, including the F-35. 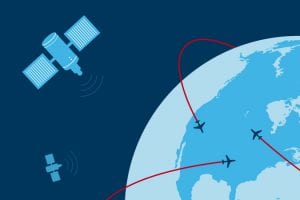