F-16 Avionics Upgrades Driven by What You Can’t See

[Avionics Magazine 10-07-2016] While the F-35 is starting to enter service and is the most technologically advanced fighter jet that the military aviation community has ever seen, its predecessor, which took its first flight more than 40 years ago, is still going strong, and avionics and other structural upgrades are giving nations that can't afford the F-35 a reason to keep flying, upgrading and even purchasing the F-16. F-16 upgraded cockpit. Photo: Lockheed Martin.
Primarily, F-16 cockpits are being upgraded with glass, and some military operators are also adding Northrop Grumman's AN/APG-83 Active Electronically-Scanned Array (AESA) radar and an upgraded mission computer. The functionality for these technologies relies heavily upon some of the components that pilots and the general public can't see and usually pay no attention to, such as aerospace grade Ethernet cables that enable high speed data transmission.
Between requests for avionics upgrades from the U.S. Air Force (USAF), South Korea, Taiwan, Singapore and others, Lockheed Martin expects to upgrade 500 in-service F-16s over the next 7 years, the aerospace and defense contractor told reporters at a press conference at the 2016 Farnborough International Airshow earlier this year. Among some of the more notable surface-level technologies available for the F-16 is the F-16V configuration, which replaces electro-mechanical cockpit instruments with a center pedestal display, an upgraded mission computer, a higher capacity Ethernet databus and other options. None of these upgrades would be possible though, using the older underlying architecture that has been progressively upgraded on the F-16 since its introduction into service in the 1970s.
Ahead of last week's AUSA 2016 show, aerospace Ethernet cable maker W.L. Gore & Associates, which also produces high performance fabrics and implantable medical devices among other technologies, announced that its new 10-gigabit cables, which exceed Cat6a electrical requirements for high speed data transmission over longer distances, are being integrated into ongoing F-16 upgrade initiatives. Gore first started working with Lockheed several years ago as they searched for solutions that could support high speed video protocols on the F-16, as well as an underlying Ethernet network infrastructure within the aircraft.
"At the time, the best protocol highest bandwidth on the market would have been 10 gigabit per second Ethernet. So they drove industry partners such as Gore and other cable companies to develop products to support 10-gigabit Ethernet connections. We recognized that components on the network are an Ethernet switch, a new mission computer, the glass cockpit components, and then infrastructure of the network.,” said Lawton.
Gore has a reputation for using materials that are good at flame resistance and pliability and flexibility, and the way the company makes its Fluoropolymers are through the use of extremely high strength jacket materials so that they can further get the weight and the diameter down on the cables that are developed.
“All the while delivering better electromagnetic interference protection, typically about 10 DB better than the next available transmission, and better electrical margins when it comes to nearing cross talk and return loss," said Lawton.
Another major advantage of using the cables produced by Gore as in-service F-16s introduce more advanced avionics upgrades, are the weight savings that will be achieved, up to 22 pounds of weight removed from the aircraft.
"For the FMS upgrades like Taiwan and Singapore the networks use about 1,500 feet of cable on each aircraft.  That is the number that yields the 22 lb., weight savings," said Lawton.
As countries continue to extend the in-service life of the F-16, the performance of high speed data transmissions supported by Ethernet cables will be crucial.

"What we are seeing is the industry and radar suppliers are trying to move the digitization of those signals as close to the antenna as possible. As soon as they can turn it into digital signals their ability to combat loss and interference is a lot better. Parts of these networks are made to plug into radar components that would normally have had RF cables going back to different mission computers and processors that deal with the radar systems, in the glass cockpits those can be run on a variety of digital protocols like High Definition Multimedia Interface (HDMI) and Digital Visual Interface (DVI)," said Lawton. 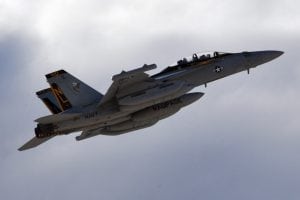 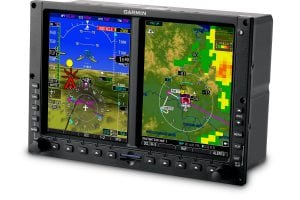 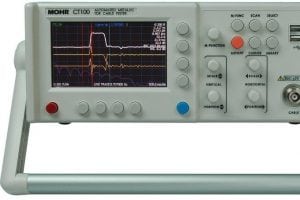