[Avionics Today 08-18-2016] Avionics sales saw another slump this quarter as reported by Aircraft Electronics Association’s (AEA) second-quarter 2016 Avionics Market Report. The market saw a 6.5 percent decline in worldwide avionics spending in the first half of 2016 when compared against the same period last year, with sales totaling $1.1 billion thus far this year.

North America appeared to maintain the lions-share of sales, with avionics companies reporting that 66.8 percent of sales in the first six months occurred in the U.S. and Canada, while 33.2 percent took place in other international markets.

“We were hoping sales might increase a bit based on feedback from our repair stations members. Since early spring, many shops have been reporting that they have seen business pick up,” Derks told Avionics Magazine. “It’s possible that the slow pace of ADS-B installations could be a contributing factor to the overall decline in total sales.”

There is still plenty of potential in the ADS-B market, particularly when it comes to retrofitting aircraft. Between the commercial air transport, business and general aviation segments, the agency has identified more than 100,000 aircraft that still require the ADS-B Out upgrade. Although the FAA first announced the mandate 2010 and completed the implementation of the ADS-B ground station network in 2014, in 2016 the total U.S.-registered fleet equipage rate remains significantly low. According to the FAA, an estimated 5,000 commercial aircraft are still in line to equip, and a staggering 100,000 to 160,000 total General Aviation (GA) aircraft still need upgrades to become ADS-B Out compliant. .

Derks points to the FAA’s ADS-B $500-rebate program for GA operators, which is expected to come online sometime in September and has the potential to grow ADS-B equipage. The $500 rebate aims to help offset an owner's cost to equip U.S.-registered, fixed-wing, single-engine piston aircraft with avionics that comply with FAA Technical Standard Orders (TSO) and meet the rule requirements.

“The primary intent of the FAA’s financial incentive is to pick up the installation pace for ADS-B Out equipment in U.S.-registered fixed-wing, single-engine piston aircraft. While the equipage pace is expected to increase in the following months due to stimulation from the rebate program, obviously, there are so many other types of technologies that factor into total worldwide avionics sales. So it’s possible that the rebate program could stimulate ADS-B installations, yet not have an overall impact on total avionics sales,” said Derks.

While mandates are a sure-fire way to push sales, Derks also stresses that there are several other technologies emerging in the GA and business aviation space that promise to fuel sales going forward.

“ADS-B is only one technology that factors into the broad avionics sales picture for general aviation. Industry mandates may play a part in driving certain types of avionics sales in certain countries, but they are not necessarily the sole determining factor when you look at international sales across multiple nations and multiple technologies,” said Derks. She points to new the new product established in partnership with Experimental Aircraft Association (EAA) and Dynon Avionics at EAA Airventure OshKosh, which aims to improve flight safety and reduce avionics upgrade costs for owners of certain type-certificated aircraft, without having to go through the typical TSO process.

EAA worked with the FAA to allow the Dynon EFIS-D10A to be installed without the traditional TSO or Parts Manufacturer Approval (PMA) requirement. Dynon’s product is also verified against the recently developed ASTM 3153-15, Standard Specification for Verification of Avionics Systems. The Dynon unit was flight tested in Oshkosh in early 2016 in EAA’s Cessna 172M, with FAA observation.

“It’s interesting to see that industry has started to take advantage of another tool in the toolbox like the Dynon/EAA and Garmin examples of non-TSO’d equipment in type-certificated Part 23 aircraft. We’ll see if other companies follow suit and explore this route in the future.” 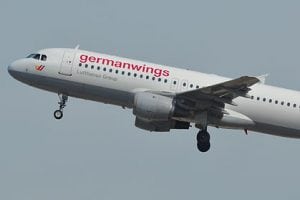 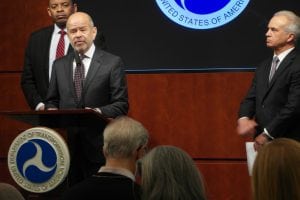