The Quiet Supersonic Technology, or QueSST, concept is in the preliminary design phase and on its way to being one of NASA’s first X-planes. Photo: NASA.
In the bill, Knight refers to the Aeronautics Innovation Act as a roadmap for improving aircraft technology moving forward both for military and commercial applications primarily through research project funding provided by NASA.
"Growth in the commercial aircraft market is projected to offer $8 to $10 trillion in new aircraft sales, parts and services over the next 17 years. International governments are boosting their research and development investments to give their domestic industries competitive advantages in the aircraft market," the text of the Aeronautics Innovation Act reads.
In proposing the bill, Knight did not provide a specific amount of proposed funding, but rather favors having NASA establish a long-term goal of increasing its aeronautics research spending to 10 percent of its overall budget. The bill would provide funding for NASA to establish a low-boom supersonic aircraft program designed to develop supersonic aircraft designs that lower sonic boom noise to levels that encourage the repeal of domestic and international bans on commercial supersonic flight over land.
Additionally, NASA would be directed with introducing "technologies and systems enabling transformative levels of environmental-related performance improvements in the next generations of large civil air transports."
Knight spoke about the specific goals of the bill during the American Institute of Aeronautics and Astronautics Aviation 2016 technology, integration and operations conference this week, noting that he would specifically like to see the adoption of supersonic technology in the commercial air transport sector.
"If we can do a low boom supersonic demonstrator and show that a supersonic actually carrying that wave is not going to be harmful ... or it's not going to disturb people at their outside activities then we could actually fly across the country at Mach 1.5," said Knight.
The lawmaker is specifically focused with increasing the speed at which commercial air transport aircraft can perform transcontinental flights as well.
"The one place that I can say hasn't changed in 30 years, except for better economics, is travel on airlines … I love the 737, but it is a smaller airplane, it is not a widebody, and we fly across country going westbound in about 5 hours and 35 minutes and eastbound, maybe 4 hours and 35 minutes. Now, all of the people from Boeing would be out there shaking their head and saying: ‘well, we're making it a lot more.’ The engines are better; the engine companies would tell me that the engines are way more economical. I agree, they absolutely are,” said Knight. “[But] we can change a lot of things with how quickly we can get across the country."
Knight’s comments come following a major NASA announcement in recent months to fund research that would bring the aviation industry closer to reintroducing commercial supersonic flights. In February, NASA awarded a 17-month, $20-million contract to a team lead by Lockheed Martin, for the preliminary design of a low-boom flight demonstration aircraft. The demonstration aircraft would be the first in a series of X-planes that are part of NASA’s New Aviation Horizons initiative, to be introduced in the agency’s fiscal year 2017 budget.
Under the New Aviation Horizons initiative, NASA will develop X-planes at about half the size of a production aircraft. At the time, NASA noted that designing and building the new generation of X-planes would take several years with aircraft starting their flight campaigns by 2020, depending on funding available. Knight’s proposal aims to provide that level of funding NASA is seeking. 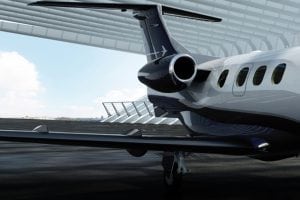 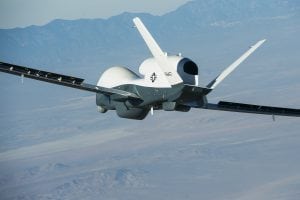