Derks makes it clear that the data for the report is collected confidentially, and without individual manufacturer’s sales data made public it is difficult to make assumptions about changes in the market. However, she believes the less-than-stellar ADS-B adoption rates may be an influencer in the 7.5 percent decrease across the retrofit market for avionics sales.

“The adoption rate of ADS-B Out has been slow. As manufacturers introduced new product offerings at lower prices for the Part 23 market toward the latter half of 2015, the pilot community is just now reacting to those lower prices and a wider variety of options,” said Derks, who believes that as adoption picks up in anticipation of the upcoming mandate, the avionics market, particularly for retrofits, will bounce back.

“These new options, along with a continuous clock ticking toward Jan. 1, 2020, may help build increased awareness of the need to equip and healthier sales in future quarters. Also, there is more than simply the ADS-B mandate, new avionics offerings, including connectivity demand across all segments of business and general aviation, will continue to fuel sales,” she adds.

The report, which draws from avionics manufacturers such as Garmin, Gogo, Honeywell, Rockwell Collins and several other companies to value the current business and general aviation avionics market, places the first quarter 2016 sales at $566 million. According to previous reports, both forward fit and retrofit avionics sales have been declining steadily since 2014. Global sales of business and general aviation avionics reached $2.4 billion in 2015, according to the 2015 year-end avionics market report, a 4.4 percent decrease from the total avionics sales AEA reported for 2014, which amounted to $2.5 billion.

Derks notes that new equipment combined with the nearing ADS-B mandate could reverse this trend. As the mandate nears, the FAA estimates that between 100,000 and 160,000 aircraft will require upgrades in order to become ADS-B Out compliant between now and 2020. Currently the fleet equipage rate for U.S.-registered aircraft remains significantly low, according to the latest reported FAA equipage data. Derks believes that, as new equipment enters the market and more operators begin to feel their feet to the fire to equip, avionics retrofit sales could pick up.

“Our repair station members told us they are beginning to finally see increased activity from their customers — pilots — as to what they need in their panels to meet the ADS-B Out mandate, what options are available, and at what price. Many of the repair stations are starting to see installations booked three to five months out,” Derks said, urging the flying community to act now to book an installation before maintenance shops are booked solid and premium rates begin to kick in.

ADS-B sales alone aren’t influencing the market, however, and outside forces and macroeconomics are always at play.

“It is interesting to note the decrease somewhat mirrors the U.S. markets large technology stocks, which are down 4 percent for the same period,” said Derks.

Despite these outside forces, she believes that other technologies, such as new Wi-Fi systems and entertainment capabilities, could also contribute to an uptick in business and general aviation avionics sales.

“I would anticipate seeing some new upgrades to many existing products already available on the market, including some supportive mobile apps. We are starting to experience some evolutionary advances throughout a variety of product lines,” said Derks, pointing to the new solutions introduced at the AEA 2016 show in Orlando last April. “I think we will continue to see connectivity and cabin entertainment addressed by industry. We have seen some new Wi-Fi routers and solutions hit the market and improved in-flight communications systems. In-Flight Entertainment (IFE) is becoming more important to aircraft owners as technology advances.” 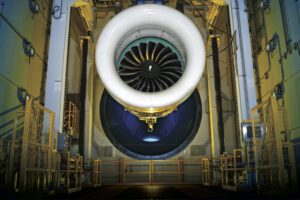 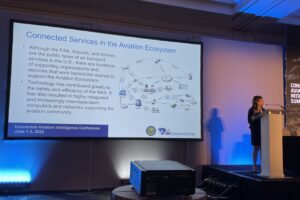