[Avionics Today 05-09-2016] Airbus’ experimental glider, Perlan 2, completed its latest test flight with Airbus Group CEO Tom Enders in the role of co-pilot, and is gearing up for high-altitude flights in Argentina later this year. The Perlan 2 glider is an engineless aircraft designed to reach the edge of space. It is a pressurized sailplane designed to ride air currents that, in certain mountainous regions near the north and south poles, can reach into the stratosphere.

The pressurized sailplane is designed to soar as high as 90,000 feet to conduct research on climate change, high-altitude flight and upper atmospheric weather. Last September, the Perlan 2 successfully achieved its first flight in Redmond, Ore.

The Airbus Perlan Mission II team will be relocating its operations to the Patagonia area of Argentina this summer, where conditions will allow the team to begin higher-altitude flights that will ultimately take them as high as 90,000 feet, yielding new discoveries in climate change and space exploration. Despite having no engine, the glider's true flight speed at that altitude will be more than 400 miles per hour and the air density will be less than 2 percent of what it is at sea level. The crew will breathe pure oxygen provided by a rebreather system, similar to what astronauts use in space. 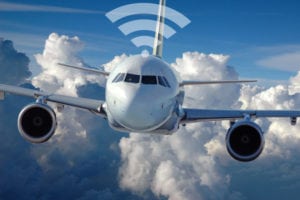