[Avionics Today 04-22-2016] Mitsubishi Heavy Industries (MHI) successfully completed the maiden flight of the X-2, an advanced technology demonstrator jet. The X-2 is a prototype stealth aircraft, the first in Japan to feature technology impeding its detection by radar and engineered for high maneuverability. The prototype integrates an airframe, engines, and other advanced systems and equipment all adaptable to future fighters.

The aircraft took off from Nagoya Airport and went through a series of trials to confirm basic maneuvers including climbing, descent, and circling operations. It then landed at the Japan Air Self-Defense Force’s Gifu Air Base. After completing the maiden flight, the pilot, from MHI, described the flight experience as "extremely stable."

As the coordinating company of the X-2 development project, MHI has been developing the aircraft’s airframe since 2009 with cooperation provided by 220 domestic companies and guidance from Japan’s Acquisition, Technology & Logistics Agency (ATLA).

Honeywell to Provide Avionics to AWAS 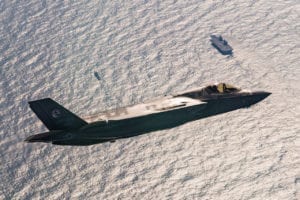