[Avionics Today 01-05-2016] NASA believes the nation’s airlines could realize more than $250 billion dollars in savings in the near future as a result of green-related technologies developed and refined by NASA’s aeronautics researchers over the last six years. The new technologies, developed under the purview of NASA’s Environmentally Responsible Aviation (ERA) project, which ran from 2009 to 2015, could cut airline fuel use in half, pollution by 75 percent and noise to nearly one-eighth of today’s levels, according to the U.S. government organization.

The initiative cost $400 million in investment from NASA, with another $250 million in-kind resources invested by industry partners who were involved in ERA from the start. Information and results regarding each of these technology demonstrations were categorized and stored for future access and use by the aerospace industry.

UAVs in Europe: When Will They File and Fly? 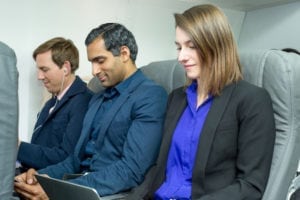