Apps are fast becoming the essential interface between traveller and In-Flight Entertainment and Connectivity (IFEC), improving passenger experience and, crucially, generating possibilities for ancillary revenue generation. Frequent fliers expect to use their smartphones and tablets not only for communication and entertainment, but increasingly to order snacks and select their duty free goods. Airlines have embraced app use in their cockpits since pilots began taking Electronic Flight Bags (EFBs) on board and, today’s aircraft make provision for iPad or tablet use as standard, meaning awkward clamps and tablet juggling are becoming a thing of the past. Ruggedized tablets and other mobile devices are now taking apps onto the hardstand and hangar floor, connecting engineers and flight operations directly to headquarters and providing the information they need when they need it.

In many cases, however, the app is only as good as the connectivity on which it relies and the exponential rise in high-bandwidth broadband availability on commercial aircraft has enabled operators to exploit custom applicationss across their business. Now, weather information is delivered directly to the cockpit via an app and ground handlers have access to the information that will allow them to determine how many Cokes are needed to top up the refrigerators for the next flight before the aircraft parks. Bandwidth, integration and the imaginations of the app developers seem to be the only limitations to the technology.

Already a leading IFEC supplier, Panasonic Avionics announced in September that it was joining with Singapore Airlines to launch what it claims is “the industry’s first companion mobile app.” Driven by interaction with the airline’s IFE, the Seamless Travel companion app provides passengers with the opportunity to view entertainment choices before their flight, including movie reviews and trailers. Decisive passengers will be able to queue the movies and other programming they desire prior to their trip.

Once onboard, passengers synchronize their mobile device with their seat, the process supporting iOS and Android smartphone and tablet devices, at which point. The Seamless Travel App becomes a second screen, where they can review the entire in-flight entertainment library, watch the moving map, check the news and weather, and shop without having to interrupt their movie and overall seatback passenger experience. Some IFEC suites already provide a pair of screens, but the app can prove handy in these instances as well.

Headquartered at Andover, Massachusetts, The Weather Company’s Weather Services International (WSI) creates weather-based apps for the aviation, energy and insurance industries, as well as for government use. The company’s extensive range of aviation products is aimed at pilots and operations rooms, and a comprehensive new app for airport operators is imminent.

“There are two main components to what we provide to an airline. Our platform includes Fusion, which is geared towards real-time flight management in dispatch, and Pilotbrief, designed to serve pilots pre-flight on the PC, at home or in the hotel, and on the iPad or tablet in transit to the airport and, if they have adequate connectivity, in the cockpit,” explains Mark Miller, WSI’s vice president and general manager of decision support.

“We also have Hubcast, designed for airport operators, and we’re about to release Airport Analytics. It will take our best terminal forecast information and use it to tell airlines how it will affect runway configuration, flow rates, taxi times; we’re giving them the information they really want — the impact on their operation,” says Miller.

“On top of the platform and apps we layer value-added services. These include the Total Turbulence app and in-route hazard forecasting. We have around 35 highly experienced aviation meteorologists that produce data for the in-route hazard service, which delivers real-time alerting around convective risk, turbulence, icing, dust, volcanic ash and so on, as well as what we call flight plan guidance, which looks as far as 18 hours out and predicts where those hazards can be expected. It provides a complete picture through Fusion and Pilotbrief, presented in the context of the flight plan, so the pilot and dispatcher can plan accordingly,” Miller adds.

Much of WSI’s weather data is available through other systems and, in some cases, by email forecast. But its real value emerges through the company’s dedicated platform. According to Miller, a key strength of the WSI app is the “very robust alerting engine,” especially in Fusion. “The user configures it to monitor any changing condition they need to be alerted to. Fusion presents an alert when necessary, but if there are no alerts, you know everything is running smoothly. “In Fusion we’ve brought together not only all the vital weather information, but all the aerospace constraint information. If the FAA issues a flow program affecting an operator’s flight, Fusion creates an alert; it also notifies changes to NOTAMs [Notice to Airmem], temporary flight restrictions and other issues, all based on the user-defined alert threshold.”

Fusion is a Windows-based app, allowing dispatchers to work four to six flights simultaneously. “They will have alert and other windows open, and Fusion also integrates into their workflow, so they can dynamically re-plan flights directly through it. If there is an alert and they want to message the pilot through ACARS [Aircraft Communications Addressing and Reporting System], they can do that directly through Fusion too,” says Miller.

Many of the top 100 airlines are WSI clients, among them Emirates, which has Fusion embedded into its flight planning and Aircraft Communications Addressing and Reporting System applications. Guido Knigge, who serves as manager of Emirates’ flight dispatch division, says: “We use Fusion in our operations center, although there are plans to provide it to each pilot as part of our ‘connected pilot’ EFB project. “Fusion is our primary tool to meet regulatory flight watch requirements, although we find that its data tends to be slightly U.S.-centric. We integrate it with the Lufthansa Systems Lido flight suite and Rockwell Collins Hermes Messenger to produce a full flight planning overview.”

Among the premier Maintenance, Repair and Overhaul (MRO) houses, complex maintenance schedules, technical record keeping and inventory control have long been entrusted to powerful IT solutions exemplified by Commsoft’s Open Aviation Strategic Engineering System (OASES) and AMOS, from Swiss AviationSoftware (Swiss AS). Engineers have typically accessed the system via workstations, but mobile solutions are rapidly emerging, adding a new device to the standard toolkit.

When asked how the technology is integrating into its operation, Johannes Hansen, head of user productivity and technology at Lufthansa Technik says his engineers use both Apple and Windows devices. “There is a mix between bottom-up mobile-first applications and mobile versions of existing web apps. Both are in use on the shop floor. Our employees use iOS (iPads and iPhones) and Windows devices, depending on application.” He says mobile apps are already being deployed to support flightline maintenance, too, and expects an expansion in this area.

“The apps we use at LHT mainly support existing processes and there are typically paper versions of the processes as a default fall back. Whenever possible, LHT leverages the specific characteristics of mobile devices (location, user authentication, connectivity, for example) to support existing processes. Typically, our apps represent a reduced transactional interface that enters information into an existing backend system. LHT develops custom apps for specific MRO use cases in-house, but third-party apps are also widely adopted where applicable,” says Hansen.

And the benefits to LHT’s customers? “The main focus of LHT’s mobile app strategy is the improvement and acceleration of internal processes. Increased operational efficiency through our mobile apps benefits all our airline customers,” Hansen explains.

Swiss-AS recently introduced its AMOS mobile app as a complement to the standard AMOS desktop application; it runs on any device and on any operating system that supports a modern web browser.“AMOSmobile offers another ‘view’ or ‘user interface’ into the information managed within AMOS, but only for selected data and functions. It doesn’t fully replace the standard AMOS client, which is still needed for most back office tasks,” Ronald Schaeuffele, Swiss-AS CEO, explains.

“Our first AMOSmobile module enables functions relating to maintenance execution and the primary user group will be technicians who don’t work on a desktop, but still need to interact with the MRO system on a frequent basis. Even working on the line or hangar floor, they’ll have information (including stock levels, work orders, OEM [Original Equipment Manufacturer] documents, structural damage records and so on) to hand, without the need to drive or walk to the nearest PC station. AMOSmobile also supports the use of electronically signed documents, securing the mobile process flow and avoiding the need to print and sign paper documents, which is especially unwieldy for technicians on the line.”

AMOS itself is typically interfaced with other systems, usually in finance or enterprise resource planning. The information from those interfaced systems is available to AMOSmobile although, as Schaeuffele notes, “you can configure per user what screens and functions are available.”

Apps are available to airlines across the full spectrum of operations, from operational planning, through maintenance management, to in-cockpit live weather reporting and selling duty free items in the passenger’s home. The components of an app ecosystem are in place and talking to one another, and they have the potential to revolutionize the business, but the system lives and breathes through connectivity.

Rockwell Collins offers end-to-end connectivity solutions to its airline customers. Stephane Dupuy, the company’s principal marketing manager of satcom says: “The full magnitude of connected operations will be accomplished when airlines equip with the proper infrastructure and information systems. It is critical that these are distributed and connected on the ground as well as onboard the aircraft. Connectivity is the key, not only on and off the aircraft, but also within the internal networks of the aircraft, the avionics, IFE and crew-dedicated wireless network. With this in place, enhanced applications facilitate flight planning and performance, weather and re-routing, in flight synchronised crew logbooks, aircraft health monitoring, real time credit card authorisation and many more functions,” Dupuy says.

For the future, he agrees that apps will provide the interface with multiple sources of data as airlines work towards the full extent of connected operations, but cautions that “smart routing and security are an important charter of the connected and distributed information system, in order to optimize the communication and exchange cost of those data.”

Paul Edenis an aerospace writer and editor working across a range of industry publications. He is also editor of the Official Royal Air Force Annual Review. 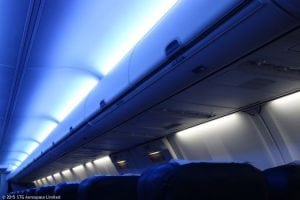 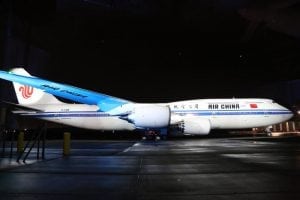