[Aviation Today 10-13-2015] The downing of Malaysia Airlines flight MH17 on July 17, 2014 was caused by the detonation of a 9N314M-type warhead launched from the eastern part of Ukraine using a Buk missile system, according to an investigation report published Tuesday by the Dutch Safety Board. Moreover, the report finds that Ukraine already had sufficient reason to close the airspace over the eastern part of the country as a precaution prior to the events of July 17. None of the parties involved recognized the risk posed to overflying civil aircraft by the armed conflict in the eastern part of Ukraine.

The report found that Malaysia Airlines prepared and operated flight MH17 in accordance with regulations, and that the Netherlands had no responsibility to advise the operator against the chosen flight route. The report looks to international organizations, such as ICAO and IATA, to have closed airspace when it presented a threat to civil operations. Furthermore, it looks to the international aviation organizations to exchange more information about conflict areas and potential threats to civil aviation.

The investigation shows that the Malaysia Airline’s Boeing 777-200 progressed normally up to the moment when the aircraft was flying over the eastern part of Ukraine when it was hit with the Buk missile. The forward section of the aircraft was penetrated by hundreds of high-energy objects coming from the warhead. As a result of the impact and the subsequent blast, the three crew members in the cockpit were killed immediately and the airplane broke up in the air. All 298 occupants were killed. 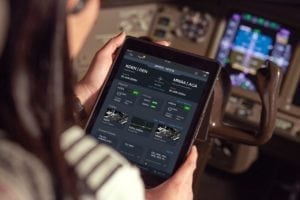