[Avionics Today 09-24-2015] The C-5 System Integration Lab (SIL) at the U.S. Air Force (USAF) Robins Air Force Base (AFB) has been preparing to accommodate upcoming changes to the weapon system's color weather radar capabilities for the last several months. Full-scale development is now underway by Lockheed Martin to update to a new version of the color weather radar, as well as its core mission computer, which is the heart of mission planning while a C-5 Galaxy is in flight. It allows the crew to see where danger spots, such as thunderstorms, tornadoes and high winds, are occuring.Ã¢â¬Â¨Ã¢â¬Â¨

The C-5’s current testing environment at Robins AFB includes a facility that uses a salvaged cockpit section from a C-5 that crashed at Dover AFB, Del., in 2006. The existing flight deck allows 578th Software Maintenance Squadron (SMXS) electronics engineers, technicians and computer scientists the ability to simulate and test software, perform preflight tests and eliminate issues before it's used on live aircraft.

Ã¢â¬Â¨Ã¢â¬Â¨"If we can eliminate issues through testing in the SIL, we don't tie up people and resources down the line," said Robert Hermann, the 578th SMXS director.Ã¢â¬Â¨Ã¢â¬Â¨

In order to accommodate the pending workload associated with the new color weather radar, the USAF SMXS had to work on several hardware modifications to the existing lab. That included designing, fabricating and installing an electronics cabinet/enclosure; fabricating and installing cables from the lab's cockpit to the cabinet/enclosure; and designing an antenna fixture and pedestal that allows for proper antenna rotation during testing.Ã¢â¬Â¨Ã¢â¬Â¨

Engineering and manufacturing development testing of the color weather radar is scheduled to begin at Robins AFB in mid-November. 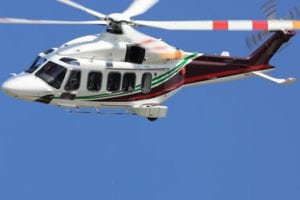