Nav Canada air traffic controller. Photo: Nav Canada.
Ed Sayadian, vice president of mission networks at Harris Corp., told Avionics Magazine that the arrival manager portion of Osyris will be operationally ready for Nav Canada by September 2017.
"What the arrival manager actually does is it will take into consideration from the runway out, all the constraints and scheduling information relative to the arrival stream of aircraft of the runway capacity. Then it will predict out based on the incoming traffic flow, the arrival at various fixes along the arrival path and then calculate whether the piece of airspace or the runway has enough capacity to support that. If there is not enough capacity, it will perform some analysis and provide a recommendation back to the controller on what to do to try to smooth out the arrival path," Sayadian said.
Nav Canada will look to integrate Osyris into its existing ATM infrastructure to enable data exchange across the NavCantrac and NavCansuite. The ANSP is now managing more than 12 million aircraft movements per year, and is looking to use the Osyris technology to reduce aircraft fuel burn, CO2 emissions and airport delays. Between now and 2017, Sayadian said Nav Canada will focus on adapting and integrating the tool into its current workflows.
"An important aspect to get the predictions as correct and accurate as possible is to reflect the specific operational environment and specific workflows that the air traffic controllers provide for each unique airport,” said Sayadian. “The process of understanding all those arrival templates, and the different operational procedures and what happens in the weather conditions, what the work flows are, you want to reflect all of that in the tool, so the tool can be as efficient as possible and reflective of what will happen moving forward operationally.”
Nav Canada has included options in the contract to expand the integration of Osyris into its ATM plan to include the other elements of the tool, including the departure and flow management software aspects to enable flexible resource utilization. Other ANSPs, including Avinor Norway, Civil Aviation Authority (CAA) Singapore, Dubai Air Navigation Services (DANS), and Nav Portugal are currently using the other aspects of Osyris to optimize their current ATM operations.
Sayadian said Harris also has other research and development and integration plans for Osyris for portions of the NextGen airspace modernization program in the United States.
"Relative to the equivalent of arrival and departure management in the United States, those elements of ATM exist under the Time Based Flow Management (TBFM) system that Lockheed Martin has. Within our broader discussions with Lockheed Martin, they are looking at our Osyris trajectory-based tool for integration into that. There’s also a new tool called the Terminal Flight Data Manager (TFDM), that will be implementing some of the surface management and departure management tools and we have actually put in a prime bid for that that is in the process of being evaluated now, we are bidding some of our Osyris tool set," said Sayadian.
The Harris executive says there is also ongoing research with U.K.-based ANSP NATS looking at expanding the boundaries of ATM analysis.

"There’s a lot that has been done in terms of optimizing air traffic flows locally, but we’re really looking to do a more global optimization of the overall flows across ANSPs, across the Atlantic, inbound flights to Heathrow, originating from the U.S. and elsewhere,” said Sayadian. “There is a lot of interesting research that we are currently involved in and we see a lot of future growth potential and benefit in this space." 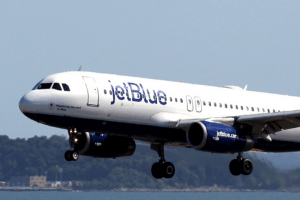