The Amsterdam Flight Information Region, which includes Amsterdam Schiphol Airport, is one of Europe's busiest sections of airspace. CC BY-SA 3.0

Aireon and the Netherlands’ air navigation service provider have agreed to evaluate the cost and efficiency of space-based ADS-B as a secondary and contingency air traffic surveillance system.

Aireon said the memorandum of understanding it signed today with Air Traffic Control the Netherlands (known by the Dutch acronym LVNL) also calls for the companies to investigate Aireon’s ability to provide real-time position updates in areas like the North Sea, which has significant helicopter operations for oil and gas.

LVNL operates the Amsterdam Flight Information Region (FIR), which covers Dutch territory and a large part of North Sea. That FIR, which includes Amsterdam Schiphol Airport (Europe’s third largest airport by market share), is one of Europe's busiest, densest and most complex sections of airspace. In 2016, LVNL managed about 590,000 aircraft movements.

Aireon this year orbited two batches of 10 Iridium Next satellites each, with ADS-B payloads and plans additional launches in the next 12 months to allow for 100% global air traffic surveillance and tracking. Flight tests with the FAA and Nav Canada have validated the ADS-B technology’s capability, the company said.

In the Netherlands, the agreement calls for LVNL to work with Aireon to develop a comprehensive concept of operations for the deployment of space-based ADS-B and perform a benefits analysis of the cost-savings LVNL can provide to stakeholders and customers.

“LVNL is collaborating with Aireon to see if we can take advantage of the innovation of space-based ADS-B,” said LVNL’s general manager of systems and infrastructure, Marcel Bakker. “We believe the Aireon service will become an important augmentation to existing air traffic surveillance technologies to improve availability and efficiency to our customers” and want to ensure that all stakeholders benefit from it. 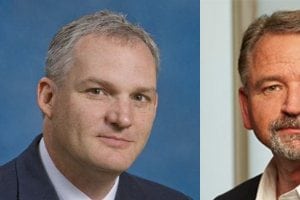