[Avionics Today 08-17-2015] Indonesia’s National Search and Rescue Agency (Basarnas) has confirmed that an ATR 42 aircraft carrying 54 passengers and crewmembers has likely crashed in the mountains of eastern Indonesia. The aircraft lost contact with Air Traffic Control (ATC) during its flight in the province of Papua en route from the city of Jayapura to Oksibil.

The aircraft, which belonged to Trigana Air Service, reportedly diverted from its path due to deteriorating weather conditions and its probable crash site was spotted via search and rescue aircraft about 7 miles from its destination. Officials noted during a press conference earlier today that continuing search and rescue operations have been hindered somewhat due to inclement weather. 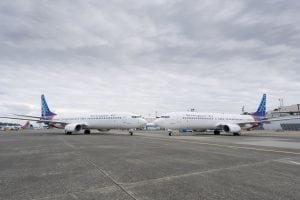