[Avionics Today 08-13-2015] Amid concerns surrounding slowing growth in the Asia-Pacific, and unusually strong aircraft sales in the last few years, Boeing insists the demand for commercial airliners is still sturdy.

“Despite a lot of movement going on in the global marketplace — and we’re watching it — we’re not seeing a slowdown in demand,” said Greg Smith, chief financial officer and executive vice president of business development and strategy at Boeing, speaking at the Jefferies Industrials Conference in New York yesterday. “There’s a lot of volatility in the market … but, despite that, there’s pretty robust demand in the market around products and services .”

Boeing reported a second-quarter revenue increase of 11 percent due largely to record commercial deliveries over the same quarter last year, totaling 197 this quarter. This commercial growth is driven by both outside forces, such as rising air traffic and an increasing middle class in developing countries, as well as a heightened desire by airlines to replace aging aircraft with newer and more fuel-efficient models.

“You look at what we’re bringing into the market with efficiency, you look at what our competitor is bringing onto the market with efficiency, and these are very efficient aircraft. And the value that those aircraft are bringing into the market is creating a lot more demand, which is very different than the prior cycles,” said Smith. “Even as you look out over the next 20 years and the demand that’s taking place there, you’re at 40 to 50 percent of demand coming from replacement. But when you look at the MAX, when you look at the 787-8, -9 or -10, 777X, [they have] very compelling economics — not just with the operating economics but the overall life cycle cost improvement over what’s currently being operated.”

With rising operational and fuel efficiency a fundamental aspect for increasing top line growth in the market, Smith says Boeing has turned efforts to examining how to execute on that demand.

“This is about efficiently delivering, profitably on that backlog, and continuing to execute meeting our commitments, [and] at the same time, looking for ways to improve the cost structure on the products and across the enterprise, capturing as much value in that, and delivering some of that value back to the customers, as well,” said Smith.

The company is first and foremost looking at how to spur efficiencies in its 787 production line, something that has cost Boeing millions as it continues to pump out Dreamliners to customers such as All Nippon Airways and Vietnam Airlines. The company has already managed to suppress costs on the 787-9, drawing down production costs by 30 percent on the first 34 units, but needs to see more in order to make gains on the airframes.

“There’s no question: getting 787 unit costs down unit-over-unit is a big, if not the biggest, productivity improvement focus area we have at the company,” said Smith, who points to progress despite difficulties within the supply chain. “Not all the expectations we’ve laid out internally have been met as a result of that, but they have come down the curve. We’d like it to come down further, we’d like it to come down faster, certainly.”

Smith believes that stabilizing the production rate of the 787-9 to 10 aircraft per month was an important step in dropping production costs. Going forward, the company is relying in many ways on the increasing expertise of its technicians to up efficiency.

“We've got round numbers, about 1,100 projects that are in a room, that are on the wall, that we're going through in dispositioning. And these are all productivity, quality, flow-time-related ideas that we're dispositioning — whether they come through the supply chain or us — that, now that you're stable, the teams are able to now look ahead and have enough experience on their belt to know, ‘hey, there's a better way of doing this,’” said Smith. He notes that it has been difficult to mine cost efficiencies when the company has been seeing so many rate increases but that, as with previous aircraft programs in Boeing’s repertoire, as production steadies out, cost will follow.

Despite difficulties with the 787, Smith sees that the commercial aircraft industry is in a “unique” space that the company will look to capitalize on. And with an eight-year and $489 billion backlog of nearly 5,700 commercial airplane orders, Smith says the company looks strong and will aim to continue making strategic investments in the future of aviation, as it has done with the 777X, 737 MAX and 787-10.

“The fact is we’ve got to keep doing what we're doing and execute on this backlog, continue to drive efficiencies across all aspects of cost, not just internally in the supply chain — [General and Administrative] G&A, [Research and Development] R&D, those whole development focus, and so on,” said Smith. “And if you do that, there's a great opportunity here for us to set the company up for many years to come and making those right investments and rewarding those [who] put their trust in us.” 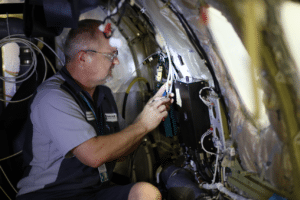 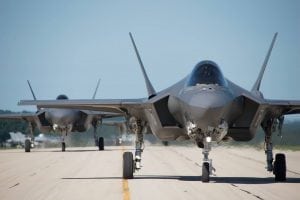