Publicly, the Army Aviation Center will not attribute combat losses in Afghanistan and Iraq to specific weapons. However, the Aerospace Industries Association reports 40 percent of aircraft shot down in Operations Enduring and Iraqi Freedom fell to RPGs, with another 20-plus percent to small arms fire.

The ALQ-144 and other legacy jammers that broadcast infrared energy will eventually give way to laser-pointing Directed Infrared Counter Measures (DIRCM). The APAS initiative adds to the mix new adaptive infrared engine exhaust suppressors test-flown on the AH-64 Apache, thermal insulation tested on the OH-58D Kiowa Warrior, and signature-reducing paint.

In integrated protective suites, HFI sensors distributed all around an aircraft can give crews the situational awareness to escape ambushes and cue countermeasures to defeat ballistic threats. Under an AATD contract awarded in 2006, Lockheed Martin teamed with Ball Aerospace, Goodrich Sensor Systems and Raytheon to develop and integrate an HFI solution that senses muzzle flashes from small arms and RPGs and computes the threat bearing.

The demonstration system scheduled to fly at Yuma Proving Ground, Ariz., couples a mid-wave infrared sensor with an Advanced Distributed Aperture System (ADAS) to give the helicopter crew all-round situational awareness. It also points an eye-safe laser Visual Acquisition Disrupter (VAD) at the threat to "dazzle" RPG users before grenades are launched. Early APAS goals included a 90 percent probability of detecting small arms, RPGs and MANPADS with less than a 5-degree threat cuing error in the ADAS helmet display.

AATD plans about 10 hours of flight tests with HFI, VAD and ADAS prototype hardware over simulated ground fire to support development of a fully militarized system. The integrated solution may enable cognitive decision aids to steer crews around threats.

The networked helicopters will be able to pass threat locations to other members of a combined arms team.

NAVAIR is simultaneously collecting information on HFI technology to protect the MV-22 tilt rotor; CH-53K, AH-1Z, UH-1N, MH-60R and MH-60S helicopters; and possibly the KC-130 turboprop. The HFI technology, expected around 2014, may be integrated with the Joint and Allied Threat Awareness System to provide situational awareness and control a broader suite of countermeasures. The new NAVAIR Center for Rotorcraft Advancement at Patuxent River, Md., was set up to leverage joint-service solutions to common problems.

The same types of infantry weapons that killed most U.S. helicopters in Vietnam have brought down far more ballistically tolerant Apaches and Black Hawks in Iraq, Afghanistan and elsewhere. The original, shoulder-fired RPG-7 is potentially effective out to 300 meters against a moving target or 500 meters with a hovering helicopter.

The High Explosive Anti-Tank Round can penetrate 330 mm of steel armor, so designing lightweight aerostructures to withstand direct RPG detonation is impractical. (A Turkish Black Hawk did fly more than an hour to safety after an undetonated RPG passed clean through its aft transition section.) Shrapnel from self-detonating grenades can hit helicopters at 800 meters.

To provide some protection from RPG fragments and small arms rounds, lightweight ballistic armor has been added to most U.S. helicopters in the combat theater. Under the NATO Defense Against Terrorism program, the Bulgarian Institute of Metal Science ground-tested passive alloy plates for helicopters that could stop 80 percent of RPG rounds — a 100 percent solution reportedly was too heavy for aircraft.

Several international manufacturers have demonstrated active RPG countermeasures that detonate or deflect rounds in flight, but most active solutions are sized to ground vehicles. One engineer observes,

"There needs to be some meeting of the minds with the folks who fly and operate the helicopters. Now, [active protection] has to weigh nothing, cost nothing, take no power and stop RPGs."

The challenge of active RPG countermeasures for aircraft is complicated by typically short ranges that afford little reaction time. MANPADS ranges can exceed 5 km, and over distances greater than 1 km (0.62 miles), a guided missile will take around 3 seconds to hit a helicopter. Launched from a rooftop 40 yards away, an unguided RPG will hit in about 250 milliseconds. RPG countermeasures have to be launched very quickly to intercept incoming threats from any azimuth. However spraying explosively propelled pellets at incoming rounds poses added dangers to other aircraft in formation and friendly forces on the ground.

The company first patented its Rocket-Towed Barrier (RTB) for aircraft in 2005 and subsequently tested the countermeasure in Canada. The test version successfully deployed a steel cable mesh barrier with a Kevlar annular inflation cuff. Refined versions of the lightweight RTB could give helicopters a non-fratricidal countermeasure to detonate, deflect or damage incoming RPGs.

Accurately cued to the grenade angle-of-arrival like DIRCM, the system could launch multiple barriers in the path of the approaching threat. Successive impacts would disrupt the flight path, mechanical integrity and kinetics of the incoming projectile to neutralize the threat.

The Rocket Towed Barrier has a maximum range of 100 yards and loses most of its effects at 20 and 30 yards. An alternative Rapid Aiming System for aircraft and ground vehicles is intended for worst-case, closest-range scenarios that allow even less firing latency. It launches highly directional pellet munitions to detonate, damage or deflect the threat.

CPI engineers collected live-fire data on the M72 Lightweight Anti-Tank Weapons System to understand the defensive timing requirements of very short-range RPG attacks. A notional close-in system would fire countermeasures from a rotating launcher precisely timed to hit the threat with reduced risk of fratricide. The CPI launcher concept could mix countermeasures and engage multiple, simultaneous attacks from different directions and/or elevations. The company was looking to partner with a major sensor maker on an integrated solution.

Advanced countermeasures are only part of the solution to ballistic threats. The U.S. Army now teaches Apache pilots running fire tactics less vulnerable than a Cold War firing hover. All Army helicopter pilots are trained to handle more energetic maneuvers to get out of trouble fast, and operating routines in combat theaters have been modified to deny insurgents easy targets. In the hands of a determined and adaptive enemy, unsophisticated RPGs and small arms nevertheless remain a threat worthy of respect and innovation. 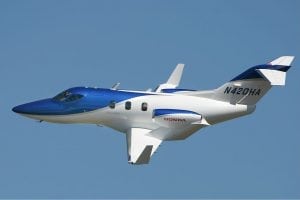