[Avionics Today 07-15-2015] Lufthansa Technik will begin maintenance work on its first aircraft from Spirit Airlines at its newly opened location in Puerto Rico on July 21. According to Lufthansa Technik (LHT) Chief Executive Officer Elmar Lutter, the new facility provides an opportunity for the German airline's maintenance wing to eventually tap into the Latin American airline market. Lufthansa Technik Puerto Rico's facility. Photo: Lufthansa Technik
"We start operations on July 21st, and the company has now 140 employees. We’ve been recruiting and training; we sent new technicians to our facilities in Europe and Asia where we conducted on-the-job training for them earlier this year," Lutter told Avionics Magazine. "At the start of operations the building will not be completed in all five bays, only the first bay and the shops and offices. The remaining four bays will be finished by the end of September."
While Lutter did say the Latin American market could be enticing, Lufthansa Technik Puerto Rico is essentially fully booked for maintenance work through 2017. Any new fleet agreements outside of JetBlue and Spirit will have to wait until at least then.
"We have to be a little bit cautious to go to [the Latin American] market aggressively right now because, for the foreseeable future, we will be full with JetBlue and Spirit work, and we could not really offer big capacity before 2017," said Lutter. "We will check the market continuously and, if there’s equivocal demand, then we will also go after the Latin American market. LHT is also a member of [International Air Transportation Association] IATA and we continuously scan the market for new opportunities everywhere."
Last week, Lutter participated in a U.S. Congressional Career and Technical Education Caucus event promoting a new partnership between the U.S. Departments of Commerce, Labor and Education and their three German counterparts to provide an aviation perspective on helping students develop in-demand skills for their chosen fields. Lutter told the audience that, despite Lufthansa Technik already having a presence in the Americas with its BizJet International subsidiary based in Tulsa, Okla., the company wants a bigger presence in the region. The site selection ultimately came down to a choice between Mexico and Puerto Rico, with LHT choosing the latter primarily because of the University of Puerto Rico investing in the creation of an aviation maintenance institute that would provide them with a strong base of applicants to choose from.
"The training and education part is a joint endeavor between Lufthansa Technik, academia and the government," said Lutter. "In the context of the skills in this initiative, the Dept. of Commerce works on the skills gap which is a theme among many manufacturing companies to strengthen professional and vocational training for skills that are in-demand, such as avionics maintenance work. Considering that we have so many planes flying now, we need more and more qualified people to work on them, so this is a great way to train and recruit the next generation of our business in a sense."
Going forward, the Puerto Rico facility will specialize in Airbus A320s at first, and eventually look to provide service for all Airbus A320 and Boeing 737 narrow body types.

"Right now we're concentrating on the A320 family aircraft C checks, D checks and modification — everything that you can do on the airframe. There's no limit for us on A320 right now," said Lutter.  "737s we will probably offer within the next two years. At the moment we’ll be full with A320 work and we will concentrate on that. At one point in time we will have both big narrow-body series of aircraft, the whole family in both cases for both Airbus and Boeing types." 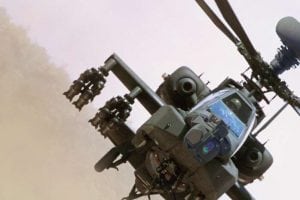 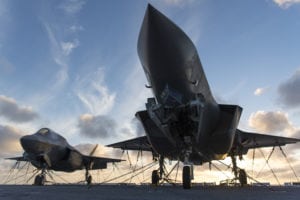 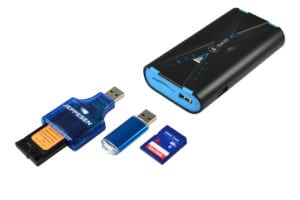