[Avionics Today 06-24-2015] A new software tool developed by NASA and positioned to help Air Traffic Controllers (ATCs) manage the nation's skies, is being deployed by the FAA. The Terminal Sequencing and Spacing (previously called TSS, now TSAS) software will help ATCs manage airspace within a doughnut-shaped region of sky that begins five miles from a major airport and extends outward to an estimated 35 miles. According to NASA, this new technology will allow pilots to better use flight deck automation to fly fuel-efficient, optimized profile descents, which streamlines glide paths toward the runway reducing fuel use and noise toward an airport. It also safely permits more flights to merge together at a point where they can be cleared for final approach and landing.

"The current level of flight deck automation available to the pilot community is underutilized due to a lack of controller automation tools," said National Air Traffic Controllers Association (NATCA) representative Eric Owens. "TSAS is one more step in the direction of optimizing the NAS."

Work on the software tool began in 2009, and the first prototype began system integration and testing in 2011. Since then, it has been put through more than two dozen high-fidelity tests involving controllers and pilots, and using the world-class simulation facilities at NASA's Ames Research Center in Moffett Field, Calif. NASA transferred the TSAS technologies to the FAA in 2014 for further testing and evaluation and completed an operational integration assessment of the tool in May at Atlantic City International Airport in New Jersey. 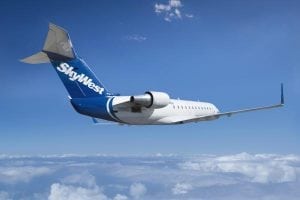 iPads and Next Generation Avionics Technology

Avionics System Design: How to Prevent Incidents from PEDS