[Avionics Today 06-19-2015] The FAA and the European Union (EU) have announced their intention to extend and expand their cooperative work toward providing seamless air traffic services for aircraft flying between the United States and Europe. FAA Administrator Michael Huerta and the European Commission’s Director General for Mobility and Transport, Joao Aguiar Machado, signed a Letter of Intent (LOI) on Air Traffic Management (ATM) modernization.

The extension and expansion of the current agreement would help to ensure that passengers will enjoy safer, on-time flying over the Atlantic thanks to the benefits of NextGen and its European counterpart, the Single European Sky ATM Research (SESAR). The Memorandum of Cooperation, which was originally signed in March 2011, would be expanded to enhance collaboration on the deployment and implementation of NextGen activities. It would also maintain ongoing research on the interoperability of avionics, communication protocols and procedures, as well as operational methods under NextGen and SESAR.

"Modernizing air traffic management is vital for the future of European aviation," said EU Transport Commissioner Violeta Bulc. "We need to invest in innovation in order to improve ATM performances. This means cheaper flights, increased safety, a lower impact on the environment, and better capacity to manage traffic. We share these objectives with the U.S. We are already doing a great job with the FAA by cooperating on SESAR and NextGen. Now that we are both heading toward deploying new systems, I fully support the idea that we should explore the possibility to extend this excellent cooperation to all phases of ATM modernization. That's the change in culture that will take global ATM systems into the future, and will help cope with the expected traffic increase." 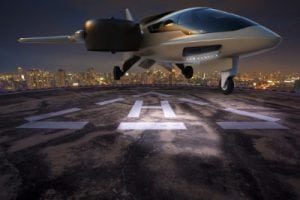