[Avionics Today 05-27-2015] Rockwell Collins Pro Line Fusion avionics flight deck is making its way onto the factory line for Beechcraft’s King Air turboprop aircraft. The two companies announced at the 2015 European Business Aviation Convention and Exhibition (EBACE) last week that the avionics suite will soon be offered as standard equipment on board the business jets, with touchscreen Primary Flight Displays (PFDs) and an array of improvements to enhance operations and ease strain on King Air pilots.

“The new flight deck is a great leap forward in terms of situational awareness and intuitive touch screen operation,” Christi Tannahill, senior vice president of turboprop aircraft and interior design for Textron Aviation, told Avionics. “On the three 14-inch widescreen displays, pilots can view high-resolution synthetic vision, make user-friendly flight plan changes just by touching on the map, and even display video from an optional enhanced vision sensor. Pilots have everything they need, when they need it, right at their fingertips.”

Systems such as the standard Synthetic Vision System (SVS) and equipment to increase enhanced situational awareness promise to up safety for biz jet pilots.

“Whether you are a single pilot owner-operator commuting between business locations, running a special mission operation, or flying as a corporate crew, you benefit from the ease of operation, and resulting confidence in your flight,” said Tannahill.

The King Air announcement comes after Rockwell Collins introduced a version of the flight deck for the rotorcraft market earlier this year.

“It has a lot of capability including synthetic vision, high-res topographical maps and graphical weather that are just as important to King air owner/operators as it is to larger transport operators. While the King Air is one of the first installations of Pro Line Fusion, it will be introduced to other market segments as well, such as airline aircraft, helicopters and military platforms,” Adam Evanschwartz, director of business and regional systems marketing at Rockwell Collins, told Avionics.

“Airspace modernization initiatives around the world make flying more efficient and convenient for operators,” said Evanschwartz. “Capabilities such as ADS-B, [Satellite-Based Augmentation System] SBAS and [Localizer Performance with Vertical guidance approaches] LPV come together to help reduce traffic-related delays and give operators more route flexibility so that that can choose the most economical flight trajectories.”

Pilots flying new Beechcraft King Air 350i, 250 and C90GTx turboprops can come to expect the new avionics suite as they achieve certification on the three models in upcoming months. Aircraft deliveries are set to begin this summer starting with the King Air 250 turboprop, followed by King Air 350i/ER in the fourth quarter of 2015 and the C90GTx in early 2016, according to Tannahill. 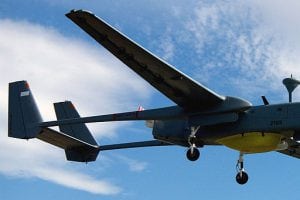 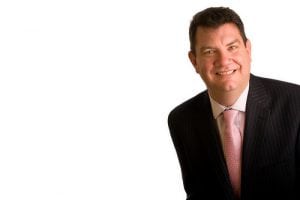