Falcon 900LX - 4,750 nm / 8,800 km at Laarbruch Airport (LRC). Photo: Dassault Aviation.
While the Single European Sky program has seen many changes over the last year and is now moving forward into its deployment phase, Paradela says business aviation operators have the technology onboard their aircraft to enable the program's operational efficiency benefits. Until now, however, they have not been able to use them.
"We believe there are tremendous benefits that business aviation can expect from [Single European Sky ATM Research] SESAR. For instance, free route, increased access to secondary airports, the possibilities of remote towers, the creation of a single block of airspace above flight level 410. This whole concept of operations will bring a lot of benefits to our industry," said Paradela. "However, as of right now business aviation has not seen the benefits that we were expecting at this point in the program when it was originally proposed."
One area where EBAA would like to see more operational benefits is with increased deployment of GPS-based approaches at regional airports. According to the organization's position paper released earlier this year, business aviation officials would find more Localizer Performance with Vertical guidance (LPV) approaches beneficial in increasing access to regional airports, especially in inclement weather conditions.
Europe lags behind the United States in the area of LPV procedures. While the FAA has published LPV procedures for more than 3,000 runways, Europe has just 130.
"As compared to airlines, LPVs provide a primary resource for business aviation in terms of all weather access to general aviation airports," said Paradela. "Whereas airlines that mostly fly from a main hub to another hub where they can most likely use either an [Instrument Landing System] ILS or [Ground Based Augmentation System] GBAS procedure, business aviation has to get from point to point in an on-demand type of environment. Because of the availability of [European Geostationary Navigation Overlay Service], implementing an LPV procedure is usually more economically feasible for the smaller airports used by business aviation because there really is no need for implementing ground infrastructure for LPVs."
On the first day of EBACE 2015, the European Commission's newly appointed SESAR deployment manager released the first draft of its deployment program schedule for the Stakeholders' Consultation Platform (SCP), with the aim of supporting communication between operational stakeholders' regarding the next phase of the Single European Sky program. The draft indicates that the deployment manager wants to focus on the implementation of "environmental-friendly procedures (noise and GHG emissions) for approach using PBN in high-density [Traffic Management Advisory] TMAs, as specified in [Required Navigation Performance Approach] RNP APCH (Lateral Navigation/Vertical Navigation (LNAV/VNAV) and Localizer Performance with Vertical guidance (LPV) minima." The schedule indicates full operational capability of RNP APCH would be achieved by 2019.
The other aspect of the Single European Sky initiative that EBAA wants to see more of a focus on in the deployment phase is more implementation of Free Route Airspace (FRA) initiatives. Eurocontrol defines FRA as a specific section of airspace where users freely plan a route between a defined entry and exit point, with the possibility of routing via intermediate way points without reference to the Air Traffic Services (ATS) network based on airspace availability.
"Free Route is something very important for business aviation because it gives us more flexibility. People fly business aviation because they don't want to lose time, and this concept of operations provides a tool where we can fly the most optimal non-scheduled routes and deviate off course if a client has a sudden urgent change in plans, which is not uncommon for us," said Paradela.
If the SESAR deployment manager's latest draft deployment schedule is approved though, EBAA's members will have to wait until 2022 for FRA to be fully implemented. But the organization is going to stay in discussion with SESAR Joint Undertaking (SESAR JU) and the European Commission to try to put pressure on officials to enable the business aviation community to start seeing more immediate operational benefits from the deployment of the Single European Sky.

"Currently it is not providing benefits," said Paradela. "In our discussions and workshops with the EU, we're trying to ensure that we can start flying more efficiently, reducing emissions and fuel burn. We want to try to develop our top five priorities for business aviation under this program so that our operators can really start seeing the operational improvements that this program promises starting to come more of a reality than a discussion for the future." 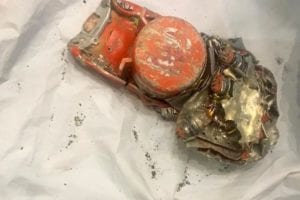 Etihad Airways to Use ACARS Technology