[Aviation Today 04-01-2015] The agricultural community fears that the FAA’s lagging regulation for Unmanned Aircraft Systems (UAS) will leave them in the dust. A panel discussion at the Capitol building in Washington, D.C. last week run by the Association for Unmanned Vehicle Systems International (AUVSI), brought together representatives from corn, soy, wheat and other various sectors of the agricultural community to discuss how UAS improve farming operations and how stalling commercial regulation for the technology could end up damaging the United States’ ability to remain agriculturally competitive in the global market.

“We believe the FAA has taken some positive steps in terms of moving toward integrating [Unmanned Aerial Vehicles] UAVs into national airspace but, to be frank, the wheat growers are also a little bit frustrated with the regulatory environment that is stifling innovation, stifling the industry, and putting America’s farmers at a disadvantage to some of our competitors and countries like Australia, Canada and Brazil,” said John Dillard, an attorney representing the National Association of Wheat Growers at the forum who called for agriculture to have a stronger voice in establishing regulation.

The representatives at the Capitol Hill forum did their best to give their respective industries the voice they feel it needs. They noted their intentions to submit comments to the FAA calling for swift and flexible final regulations on the systems’ integration into airspace to enable innovation in a time when farmers are coming to count on emerging technology.

As the world’s population grows to just past 9 billion in the next few decades, Jason Clay, senior vice president of food and markets at the World Wildlife Fund predicts that farmers will have to produce more food in the next 40 years than they have in the past 8,000. With the agriculture industry entering a time when resources and practices will likely be stretched to their limits, famers are looking to all available technology, especially UAS, to increase yields, lower environmental impact, and keep farms economically viable, according to R.J. Karney director of congressional relations at the American Farm Bureau Federation (AFBF).

“We see UAS as the next tool to complement the already prior existing tools within precision agriculture,” said Karney. These tools, which are already in use in countries such as China, include GPS mapping or Variable Rate Technology (VRT), which allows farmers to vary the rate of application for fertilizers, seeds, etc., according to the specific area to produce ideal results and minimize waste. Going forward, UAVs can encourage sustainability both environmentally and economically into the future.

“How do you make sure that your operation is economically sustainable from generation to generation? UAVs really help us do that,” stressed Patrick Delaney, director of policy communications at the American Soybean Association. “[UAVs] effectively revolutionized the idea of crop scatter, of getting a picture of what your operation looks like even on the most basic level. Now, you can get a picture of your field, you can figure out where your pest and disease and water stresses are, you can get a picture of what your runoff looks like, what crops need more water. You really have a better idea of the crops that you’re growing because of this technology.”

Currently, however, the ability to use the technology is limited to businesses holding a Section 333 exemption and, even when the FAA puts drone regulation in place sometime in late 2016 or early 2017, the use will be restricted to operations involving UAS weighing less than 55 pounds and flying during daylight hours at or under 500 feet. As drone technology is moving faster than regulation can keep up, the representatives said they would call on the FAA to institute more flexible regulations than those put forth in the Notice of Proposed Rule Making (NPRM) to allow farmers to register and use the technology more easily, as well as fly UAS beyond line of sight, above 500 feet, and allow for night-flying operations.

Loosening the proposed litigation is necessary for the U.S. to remain productive and competitive in the agricultural landscape, according to the panel.

“Many other countries are already successfully using UAVs in agriculture. We’d like to see a quicker resolution to the commercial UAV use so U.S. agriculture is not left behind in this new technology — and there’s a lot of opportunities here,” said John Hecht, a member of the executive board of the National Alliance of Independent Crop Consultants (NAICC).

While agriculture sees flexibility in regulation as key in terms of encouraging innovation and allowing the technology to grow and change effectively, before innovation can even begin, the next generation of tech-savvy farmers need to be able to access it.

“The potential use for this technology is still being discovered,” said Karney. “Farmers are extremely innovative and they will find a way to utilize this technology in ways that haven’t even been thought of yet. But the only way they can do that is if they can fly it, and that is where we’re at a standstill right now.” 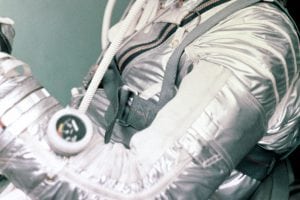 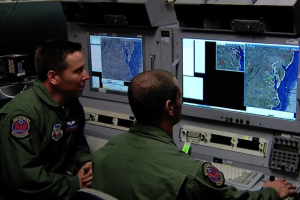