“The CS300 airliner will now join the five CS100 aircraft flight test vehicles that have amassed more than 1,000 flight test hours to date,” said Rob Dewar, vice president of the CSeries program. “We are confident the CS100 aircraft will be certified in the second half of 2015, followed closely by entry-into-service.” The company expects CS300 airliner certification to follow about six months later. 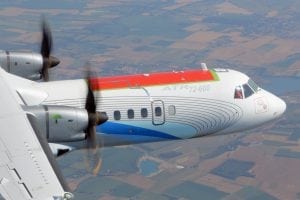