According to Avionics Magazine’s Cockpit Display Survey, 40 percent of our readers are looking to acquire new cockpit displays for their current fleet of aircraft, proving that new cockpit display system technology enjoys a healthy demand for retrofitting purposes. The overwhelming majority — nearly 80 percent of our readers — say that reliability is their top concern when looking to replace their current displays, while another 44 percent of respondents point to size as their primary focus when upgrading. Additionally, 41 percent of readers want LCD technology, whereas 35 percent are looking to display information about nearby air traffic in their cockpit.

Esterline Corp., which recently announced its acquisition of Belgian cockpit display supplier Barco, is definitely still seeing demand from operators, system integrators and OEMs looking to use its display technology for retrofitting legacy cockpits. In 2014, CMC experienced equal demand for their displays for use with retrofit versus forward fit activities. According to Marc Bouliane, product director for smart displays and common technologies at CMC, one of the leading needs driving operators to upgrade is so that legacy airframes can handle advanced operational concepts for Communication, Navigation and Surveillance (CNS) and Air Traffic Management (ATM) applications coming available under the world’s two largest airspace modernization projects currently ongoing: NextGen in the United States and the Single European Sky in Europe.

“CMC as an organization has a traditional background of doing retrofit activities. We have a number of proposals out on doing retrofit on a number of platforms and really those retrofits are aimed at the NextGen/SESAR capabilities and how customers can get there,” says Bouliane. “In some cases we have had proposals in the defense market where we are being asked to deploy a display system that would be certified so that they can operate those aircraft in commercial airspace. There is a big ongoing demand on the retrofit side, in fact our proposals that we are submitting on the retrofit side are for sizable fleets of aircraft and they are purely CNS/ATM-based and our customers are seeking them to get to the next level of functionality.”

In China, due to the Civil Aviation Administration of China’s (CAAC) 2012 commitment to an aircraft Head-Up Display (HUD) mandate, Chinese operators are required to retrofit their aircraft with HUD systems which display critical flight data on a glass screen in front of pilots. CAAC’s mandate has three phases, compelling airlines to equip 10 percent of their fleet with HUDs by 2015, 50 percent by 2020 and finally 100 percent of their fleet must be HUD-equipped by 2025.

Thales is the sole supplier of these displays for the entire Airbus aircraft family, from the A318 to the company’s latest model, the A350 XWB. CAAC is making HUD technology a priority for its airlines in order to improve safety and efficiency, Daniel Malka vice president in charge of avionics services at Thales, told Avionics Magazine. “In China, you have more and more aircraft flying. They have a lot of difficulties managing the increasing number of flights into China. The airlines that have the HUDs installed, they will benefit from improved situational awareness and safety,” Malka says. “Beijing, for example, has one of the world’s most congested airports, causing very significant delays. I can remember one time having to wait four hours on the aircraft for our flight to leave; and these delays are caused by the significant growth in the number of flights they’ve experienced recently. The CAAC is very concerned with improving that, so they started to ask for this head-up display installation, because one of the ways that you can safely get more aircraft into the airspace is by improving pilot perception and situational awareness with that technology.”

The interest seems to expand beyond China and across all airspace, however, with the results of our cockpit display survey showing that nearly 50 percent of Avionics Magazine readers are interested in upgrading their aircraft with HUD technology.

Regarding cockpit display innovation, one thing is clear: The next generation of cockpit displays will be touchscreen, and they will mimic some of the pinching, pulling and swiping mechanisms that have become increasingly popular in consumer electronics, such as the iPhone and iPad. In the military world, the F-35 fifth generation fighter jet features infrared touchscreen technology, which Barco indicates is actually the previous version of its current touchscreen display product line. As more functionality is incorporated into touchscreen displays, manufacturers want to prevent pilots from inadvertently bumping a touchscreen and making a costly erroneous input at 30,000 feet.

“The use of adaptive force sensing basically mitigates the problem of inadvertent touches,” Kristof Vierin, vice president of aerospace and defense sales at Barco tells Avionics Magazine. “One of the issues with pilots in a cockpit is that they might be going over a screen and inadvertently touching it and thus activating functions which they did not want to activate. That’s why we have implemented adaptive force sensing onto our latest LCD displays. This allows a system integrator or an application developer to split up the screen into adaptable touch zones, where for each different zone you can re-program the threshold dynamically at which the touch is recognized.”

CMC is also working new capabilities into its latest line of smart display products, which also feature touchscreen capability. “Our smart display approach at large for CMC is new,” says Bouliane. “This new approach is based on multi-core processors, next generation graphics along with lots of memory and many features that are targeted at answering questions such as how do we host our Flight Management System (FMS) in a smart display? How do we host radio management in our displays? How do we do a better job of hosting a digital map in our display? We have active proposals right now that really go to the next level of interactivity between flight management, digital maps, [Terrain Awareness and Warning System] TAWS, [Helicopter Terrain Awareness and Warning System] HTAWS and wrapping that together into something more intuitive.”

Currently, CMC’s approach to developing smart displays is based on ARINC 653, a specification that allows companies to develop cockpit display application software independently of the Graphical User Interface (GUI) operating system. “ARINC 653 is an important element and will continue to be for our displays,” says Boulaine. “The operating system we put in our product, and the one that goes in Barco’s product is ARINC 653-based. The middleware we are developing is 653 and all of the software applications that CMC has are being re-deployed in ARINC 653 environments. By providing a platform that is ARINC 653-based, it’s partitioned and so on and allows the customer to load their application on it and complete the certification process.”

While CMC is focused on an ARINC 653-based cockpit display systems, they are also in discussions regarding ARINC 661-based displays. ARINC 661 is an avionics software display standard that has been in existence and evolving for nearly 15 years, updated a total of five times, with a sixth update expected in 2016. Chad Weldon, a senior engineering manager at Rockwell Collins and chair of the ARINC Cockpit Display Systems Subcommittee, tells Avionics Magazine the next update will continue establishing the standard by which CDS technology can be expanded and evolved in the future.

“We have a widget proposal we are looking at for some three dimensional projection,” says Weldon, adding that the committee will look to publish a draft of Supplement 6 to ARINC 661 at their annual meeting in March. “We have gone in and we’ve added some specific widgets for some touch features. One is a generic touch, recognition widget where it’s going to report that the screen is being touched, it’s almost like getting the data from the touchscreen itself. And the second single widget is a gesturing widget, where it lets the server interpret the touch interactions and break it down to a higher level gesture and send the gesture and related data to the application to give you some consistency between apps in terms of how they react to gestures. So these more advanced touchscreen displays [and] the ability to further manipulate the information presented to the pilot on the display, these are some of the things you can expect to see in future flight deck functionality.” 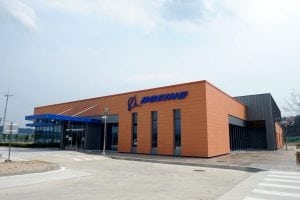