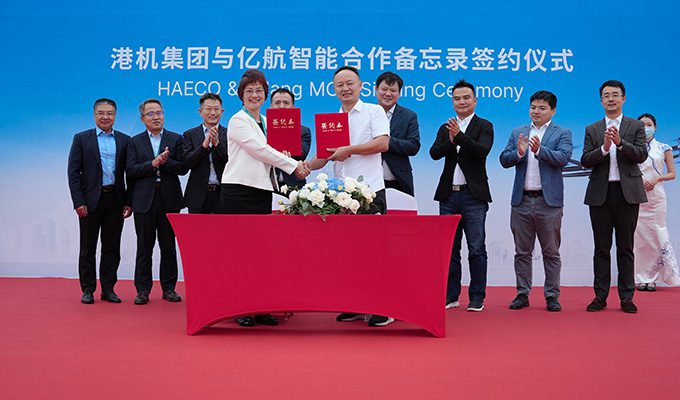 The signing of the MoU between EHang and HAECO Group was announced this week. The two companies intend to collaborate on the manufacturing and after-sales maintenance services of EHang's autonomous aircraft. (Photo: EHang)

EHang announced on Monday that it signed a memorandum of understanding (MoU) with Swire Group subsidiary HAECO Group. The MoU includes plans to partner for manufacturing and assembly of EHang’s autonomous aerial vehicle (AAV), the EH216-S, as well as to continue pursuing airworthiness. Experts from EHang and HAECO Group will work together to develop systems and solutions in preparation for EH216’s commercial operations.

HAECO Group, also known as Hong Kong Aircraft Engineering Company Limited, specializes in aircraft engineering and maintenance. The company has more than 70 years of experience in the aviation industry. Its offerings include airframe services, cabin solutions, technical management of fleets and inventory, engine services and support, parts manufacturing, and technical training, according to the announcement from EHang.

Jacqueline Jiang, HAECO Group’s Group Director of Airframe Services, remarked on the MoU, saying, “Advanced air mobility is a blooming new segment in the aviation industry. We are excited to take part and look forward to developing this together with EHang.” 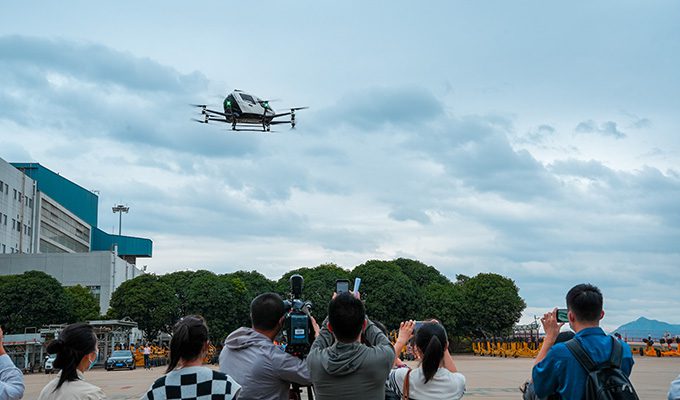 Above, the EH216-S performs a flight demonstration at HAECO's site in Xiamen, China. (Photo: EHang)

EHang’s team is pursuing type certification of the EH216 with the Civil Aviation Administration of China (CAAC). The company is also planning to formally introduce its AAV to the public at the 2025 World Expo in Osaka, Japan. In preparation, the EH216 performed a demonstration flight tour across four cities in Japan during the month of July. The flights were unmanned and included routes over the sea.

EHang released the financial results from its second quarter of 2022 in August. Total revenue for Q2 increased by 152.5% from the first quarter and totaled $2.2 million USD. A slight increase in net loss was also recorded—net loss for Q2 was $11 million.

The CAAC announced earlier this year that the Special Conditions for Type Certification of EHang’s aircraft were formally adopted. This established a basis for vehicle safety and compliance for the EH216 to operate in low-altitude airspace. 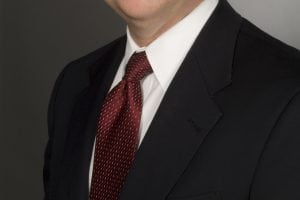 Editor’s Note: Widespread Use of EFBs 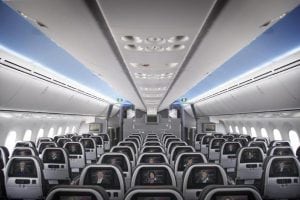