[Avionics Today 1-05-2015] The United Kingdom’s Civil Aviation Authority (CAA) has published the first of what will be regular updates on its progress in the General Aviation (GA) sector. The CAA has launched an initiative to make the GA sector “more proportionate and evidence-based,” which involves reforming regulation for GA operators to encourage innovation.

Along this thread, in the last 60 days the CAA has launched proposals to simplify the initial testing process for experimental aircraft in the U.K. that will benefit small-scale aircraft designers and manufacturers, as well as encouraging design concepts. It has also published its finalized policy framework for GA, to be used by the CAA as a basis for decisions around GA regulation, providing a transparent process for the GA community and others to follow. Furthermore, the agency has scrapped the need for U.K. validation of design changes for Annex II aircraft via Supplementary Type Certificates (STCs) approved by a state with which the U.K. holds a bilateral agreement, such as the U.S. or Canada.

With these, alongside other initiatives, the U.K. aims to change the landscape of GA operations in the coming year. 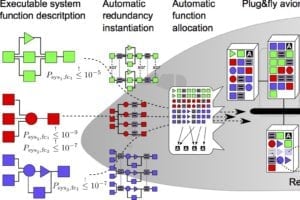 Can We Say Arrivederci to Runway Incursions?