[Avionics Today 12-29-2014] A recently released report from the Canadian Government has opened the door to fighter jet competition. Adding to hot debate regarding the purchase of 65 F-35s by the Canadian government, the report finds that the F-35 Lighting Strike Fighter Jet may not have an advantage over other aircraft when it comes to flying missions most likely required by the country.

Canada has been an active member in the Joint Strike Fighter program since 1997 and has contributed a current total of more than $288 million to the program, according to the Next Generation Fighter Capability Annual Update 2014, a separate report released by the National Defence and the Canadian Armed Forces. The investment in the program is expected to redouble in economic value, however.

“Canadian companies have so far secured $587 million U.S. in contracts as a result of Canada’s participation in the Joint Strike Fighter Program. This is an increase of $83 million U.S. over the results reported in the Fall 2013 report,” said the 2014 update.

Many in Canadian parliament have backed the investment in the program and the planned purchase with the belief that the fifth-generation aircraft’s advanced stealth technology makes it more capable than other aircraft in defense operations. The new report seems to open the door to competition, however, by providing compelling evidence to suggest that warfighters on the market may serve Canadian interests just as well.

To test this, government officials conducted the fight jet evaluation over 14 months to assess which aircraft currently testing or in production will best replace country’s aging CF-18 fighter jet fleet, and found little difference between the aircraft assessed. The public release of “The Evaluation of Options for the Replacement of the CF-18 Fighter Fleet” report, examines the capabilities of the Lockheed Martin F-35A, Eurofighter Typhoon, Dassault Rafale and Boeing Super Hornet fighter jets when flying the six core missions identified by the Canadian military.

These missions, identified in the Canada First Defense Strategy, mainly contain undertakings to assist the public and include the following categories: the defense of Canada, an international event in Canada (such as the 2010 Olympics), a terrorist attack, peace enforcement, humanitarian assistance/disaster relief, and state-on-state war fighting. Each aircraft’s capabilities were assessed over two time frames: from 2020 to 2030 and beyond 2030. The market analysis conducted by the Canadian government alongside participating industry counterparts found that, in most categories, many of the warfighters performed equally well when assessed on their operational risk rating.

“All aircraft were assessed as low to medium risk in terms of their ability to accomplish five of the six Canada First Defense Strategy missions. This was due to the fact that most of these missions involve a relatively low level of threat and are less onerous for fighter aircraft,” the report states, in an outcome that suggests some of the faith in the joint strike fighter may have been misplaced.

The only category that stands out is state-on-state warfare, in which all aircraft assessed were rated as relatively high risk. However, the report finds the likelihood of Canada to enter into this kind of warfare is highly improbable. “In contrast, in the state-on-state war fighting mission, the range was from low to significant in the first timeframe and medium to high in the second timeframe. This was largely due to the higher level of potential threat confronting fighter aircraft in that mission and the evolution of those threats from the first to the second timeframe,” the report says. The report makes it unclear as to whether any of the fighter jets, including the F-35, would be able to perform this kind of mission more effectively than the others, although it’s possible the Lockheed Martin-manufactured jet could have an edge in this category. The country’s decision to engage in this type of warfare, should the political climate call for it, would of course, be influenced by whether or not the county’s jets had the equipment, technology and capability to engage effectively.

Many in Canadian parliament have backed the purchase with the belief that the fifth-generation aircraft’s advanced stealth technology makes it more capable than other aircraft in defense operations. The new report seems to open the door to competition, however, by providing compelling evidence to suggest that warfighters on the market may serve Canadian interests just as well.

While rivals of the F-35 are encouraging the open competition, an open letter from the Canadian JSF program in May, after the original report was released to government authorities in April, warns against it.

“Although competition makes for good sound bites, the reality is it has serious economic consequences,” the letter states. “From a business perspective, the short term reality is that current Canadian F-35 contracts and jobs will very soon start going to countries that are today buying the aircraft. The decision delays to this point have already cost Canadian companies 100’s of millions of dollars in new opportunities.”

The Harper Administration in Canada is still planning to purchase the F-35’s come 2020, but in light of the new report, it is unclear whether or not the government will table the purchase and hold open competition or move ahead — a purchase decision is not expected until after the upcoming general election. In the meantime, repairs and upgrades have been commissioned for the aging CF-18 fleet.

Hangar One to Upgrade LASD Helicopters 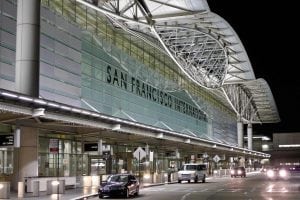 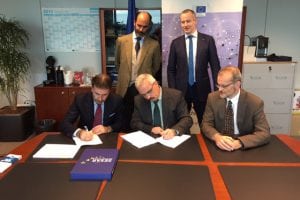