Battaglia previously was JetBlue’s vice president of airports and operations. In his new capacity, he will also assume responsibility for the airline’s JetForward Program, a multi-year strategic initiative to improve core technology used in planning, running and recovering JetBlue’s operation within system operations.

Battaglia began his aviation career nearly 30 years ago and has held a variety of leadership roles primarily in the airport and operations areas.

In his new position, Nieuwsma’s responsibilities include leading the company’s marketing and sales organization.

Troy Brunk replaces Nieuwsma as vice president and general manager of airborne solutions. Brunk, who had previously was senior director of airborne communications products, has been with Rockwell Collins since 1992. He now oversees the business that delivers avionics and flight deck systems for fixed wing aircraft and helicopters. The organization also includes the company’s unmanned airborne systems business.

Lewis most recently led the growth of Pentastar Aviation as CEO and president of the privately owned U.S. aircraft operating company, MRO and FBO operator. Previously he was president of Everest Fuel Management, an aviation contract fuel provider, and vice president of supply for Sentient Jet.

Stevens Aviation, based in Greenville, S.C., added John Berizzi to its technical sales group. Berizzi has more than 20 years of experience in the business of aviation. Berizzi will operate out of his Fort Lauderdale, Fla., office.

Wyatt has held an A&P license since 1996 and has worked at various levels of aviation management including 10 years with Bombardier Learjet.

ARINC named Michael DiGeorge managing director of the company’s Asia Pacific Division based in Singapore. DiGeorge was formerly the senior director for e-enabled programs based in ARINC’s Hong Kong office.

In his new position, DiGeorge will focus on growing ARINC’s business and solution infrastructure in Asia Pacific, and enhancing customer service and support throughout its multiple business lines including aviation communications, networking, airport operations and security.

With MITRE since 1979, Ryals has more than 30 years of experience working in the aviation sector across a broad range of National Airspace System research, modernization and operations activities. She is responsible for CAASD’s work supporting FAA and international civil aviation authorities in addressing operational and technical challenges to meet aviation’s global capacity, efficiency, safety and security needs. Ryals previously served in a variety of leadership roles for the CNS/ATM systems evolution and operations work for FAA.

Prior to joining AIA, Elwell was FAA assistant administrator for aviation policy, planning and environment, responsible for development and implementation of U.S. aviation policy, near- and long-term forecasting and planning, and FAA environmental research and regulatory division.

Crane Aerospace & Electronics appointed Todd Witchall vice president of finance and chief financial officer of the Electronics Group, which is based in Redmond, Wash. Witchall had been with Lockheed Martin since 2000. 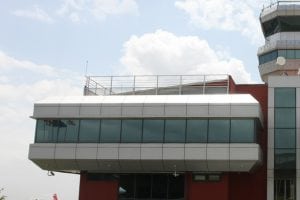 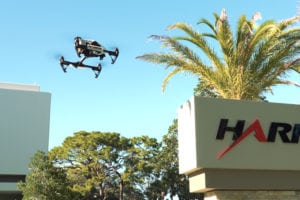 Harris to Develop Network for Beyond Line of Sight Drone Ops