The system was developed when engineers in Saab ATM's operation in Syracuse, N.Y., needed a tool that received All Purpose Structured Eurocontrol Surveillance Information Exchange (ASTERIX) CAT-240 network video and scan-converted this into a Plan Position Indicator (PPI) image that could be overlaid with map data. Following the use of Cambridge Pixel's RadarView software during the development and deployment of its new SR-3 solid state X-band radar, Saab decided to use RadarView running on a laptop as a tool to bring up the transceiver before the rest of the infrastructure was in place.

The RadarView software includes enhanced analysis and recording of selected areas of video in addition to support for user-defined maps and slant-range projection of the radar video, to compensate for a radar located on a tower or airport infrastructure. It is also fully compliant with FAA and EUROCAE standards with raw video output in industry standard ASTERIX CAT-240 format. 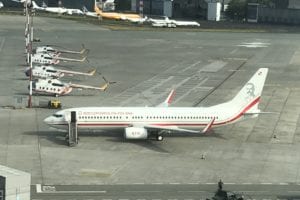