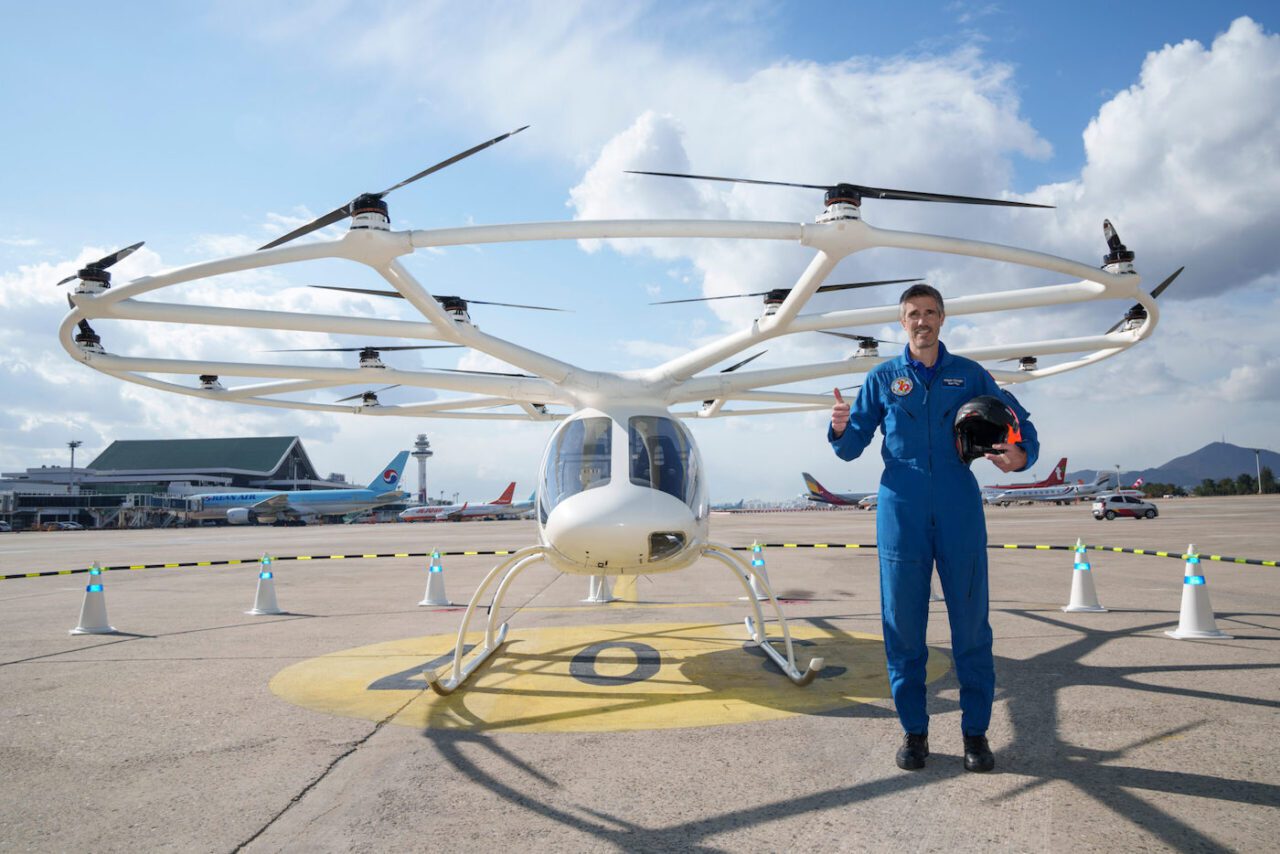 Volocopter Test Pilot Damian Hischier in front of the Volocopter 2X after the successful test flight at Gimpo airport in the Republic of Korea. (MOLIT)

According to a Nov. 11 press release, this was the "first ever crewed public test flight of a fully electric vertical takeoff and landing air taxi in South Korea." The test flight lasted five minutes, covering a distance of approximately 3 kilometers and reaching a maximum altitude of "50 meters and maximum speeds of 45 km/h," the company said in the release.

Volocopter is also scheduled to conduct a public test flight at Incheon Airport on Nov. 16, during the upcoming K-UAM Confex 2021 event.

“With MOLIT’s comprehensive K-UAM roadmap, South Korea is well positioned to achieve the goal of commercializing UAM by 2025. We are extremely honored to conduct the nation’s first crewed public eVTOL test flight today and prove yet again that the future of air taxis is here and now with Volocopter’s aircraft," Florian Reuter, CEO, Volocopter said in the release. "As the pioneers of the UAM industry, we look forward to working closely with friends and partners from both the government agencies and private sectors to make UAM a reality in South Korea.”

Check out the video of Volocopter's 2X completing the test flight in Seoul below: