[Avionics Today 11-25-2014] Last week, the National Transportation Safety Board (NTSB) officially placed model Unmanned Aircraft Systems (UAS) within the Federal Aviation Regulations (FARs) definition of aircraft. The Nov. 18 final ruling in the Huerta v. Pirker case overturns a previous decision by Administrative Law Judge Patrick Geraghty and allows the FAA to take enforcement action against anyone operating commercial Unmanned Aircraft Systems inappropriately. The milestone decision isn’t radical for those that have their finger on the pulse of the industry, however.

“We were expecting it to come down this way,” said Paul J. Fraidenburgh, an associate at Buchalter Nemer who routinely represents UAS operators, in an interview with Avionics Magazine. “If you’ve been operating commercially or seeking an exemption under section 333 then you’ve been operating with the assumption that the FAA has jurisdiction over small [Unmanned Aircraft Vehicles] UAVs.”

Section 333 of the FAA Modernization and Reform Act of 2012, allows commercial UAS operators to apply for petitions to implement operations in “low-risk, controlled environments.” The new, complete jurisdiction will allow the FAA to regulate airspace for future commercial operations unhindered by questions of authority. Hopefully, the ruling will unclog the process going forward by shutting down the open season on UAS regulation.

“It makes sense what the NTSB ruled, because there’s really nowhere that they can draw the line except to give the FAA the broad authority that they’ve been exercising,” Fraidenburgh said. “They will continue to enjoy that jurisdiction and we expect that they’ll come out with reasonable regulations that allow people to operate within what Congress envisioned, which is that this technology would be integrated into the airspace and not just regulated.”

The broad authority granted through the FAR definition of an aircraft as “any contrivance invented, used, or designed to navigate, or fly in, the air,” puts the FAA in the position to regulate anything from commercial aircraft to paper airplanes. Some, as Raphael Pirker offered in his briefing, believe this is too much authority, but the FAA repeatedly refuted this allegation in their own briefing, acknowledging the wide scope of the ruling and denying any future intention to abuse the broad-strokes power they’ve been handed.

“The FAA is responsible for air safety from the ground up,” the FAA offered in a statement on their website regarding UAS operations. “Under 49 U.S.C. § 40103(b)(2), the FAA has broad authority to prescribe regulations to protect individuals and property on the ground and to prevent collisions between aircraft, between aircraft and land or water vehicles, and between aircraft and airborne objects. Consistent with its authority, the FAA presently has regulations that apply to the operation of all aircraft, whether manned or unmanned, and irrespective of the altitude at which the aircraft is operating.”

The FAA could potentially police your paper airplane if the regulators saw fit, but the ruling looks more to clear the way for the agency to provide concise and complete regulations and, essentially, protect manned pilots in airspace. By imposing rules for recreational users such as a 400-foot limit or requiring that hobbyists operate their UAS at least 5 miles away from the airport, the FAA and the NTSB are pushing to keep manned pilots safe as UAS start to populate the skies more prevalently, according to Fraidenburgh. Intentions are good in this respect, but it’s worth asking whether the FAA focus for regulation is hitting its mark.

“As far as a recreational standpoint, they already have very well-defined recreational rules and they’re very lax,” said Fraidenburgh, who believes the emphasis of existing regulation may be backwards and should focus more on hobbyists than commercial operators. “Are you really worried about Amazon being a problem and being the one that causes some sort of catastrophic accident in the air? I’m not. I think the Amazons and the Googles of the world are the ones that are investing a lot of time and money into researching this technology and training people as to how they’re going to operate it.”

While large companies with big plans for UAS may have the time, money and means to understand many of the FAA regulations as well as the reasoning behind them, hobbyists often aren’t aware of the rules in place, have little training and little incentive to understand UAS regulation. However, the new ruling may not affect hobbyists very much, as there were already set rules imposed on recreational UAS use, but they will affect the state’s ability to regulate UAS airspace from here on out.

“Moving forward, the Pirker decision will have relevance in that it will sort of move UAVs into what we’ve always seen from the United States Supreme Court’s opinions: It is axiomatic that the FAA has complete regulatory authority over air safety and Pirker sort of confirms that as to this technology as well,” said Fraidenburgh. “There are a number of state and local regulatory bodies that are turning their attention to this technology and the question is: Are all state and local regulations going to be preempted eventually under this federal rule that the safety in the air and safety on the ground, when it comes to aircraft issues, are these issues that are solely the province of the Federal government?”

States such as California and Illinois have already put bills through to regulate airspace for UAS operators; the Pirker ruling sets the stage for a conflict in this arena. While state regulators may attempt to pursue litigation against careless or reckless UAS operations, the FAA jurisdiction has the added bonus of protecting operators against another layer of state-imposed litigation.

The most prominent and lasting effect of the NTSB ruling, however, will be the momentum and authority the FAA now has to move forward with the integration of UAS into manned airspace.

“The confusion has been hurting their regulatory efforts and this helps that go away. This helps them solve that problem. It’s clear the FAA has regulatory authority now and they are moving forward with it and letting people know that if they follow the rules they won’t have to worry about enforcement action,” said Fraidenburgh, who noted it’s likely the FAA will attempt to ride the wave of the Pirker hearing and introduce regulations as soon as possible.

According to Jonathan Hill of Cooley, LLP, that could be at the start of 2015.

“Rumors abound with many pointing toward the first quarter next year for the release of proposed rules,” said Hill in a written statement to Avionics Magazine. “Some contending the proposals could be released before the end of the year, although we think that unlikely.”

Following the release there will be a commenting period in which the FAA will seek and reply to comments on the proposed regulations, a process that will take at least a year, according to Hill.

It’s hard to speculate without an exact timeline from the FAA, but regulation is coming soon and the Pirker case may well be the first step to fully integrating UAS into NextGen airspace.

“They’ve been doing a great job at preparing to roll out a more comprehensive set of regulations,” said Fraidenburgh. “It’s not an easy task trying to integrate UAS into the most complicated national airspace system in the world.” 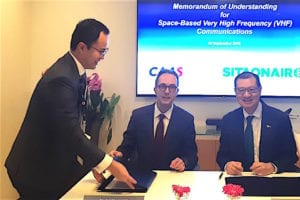 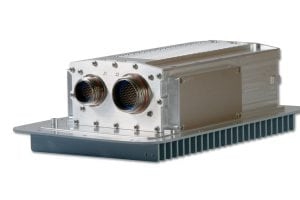