[Avionics Today 10-22-2014] Honeywell is peering into the future of wearable technology with a Google Glass prototype application. The app, which is still very much in development, aims to connect flight attendants with an aircraft’s cabin systems through Honeywell’s Ovation Select Cabin Management System. Through Google Glass, the app gives flight attendants a hands-free way to perform routine tasks around the cabin, such as raising or lowering the shades or dimming the lights. “At the end of the day the use case drives the technology. In this case, the use case required hands free operation to some extent and required the ability to multitask, which led us to Google Glass,” said Justin Dye, product manager for cabin management and In-Flight Entertainment (IFE) at Honeywell Aerospace told Avionics Magazine. Dye notes that while there is already a smartphone and tablet application for use with Honeywell’s cabin management system, flight attendants’ uniforms rarely have pockets and therefore can’t carry the necessary technology.

While these pre-existing smartphone and tablet apps made designing the software somewhat easier for Honeywell, Dye notes that getting the menu structure right for aircraft use was particularly difficult as the smaller optic space for Google Glass made the interface a challenge. Not to mention that the crowded environment in an aircraft cabin presents its own difficulties.

“Google Glass uses voice for some of the application. In the back of the aircraft there is ambient noise and general wind noise, but also if someone is playing a movie or listening to music that is very loud, voice control doesn’t work very well because it picks up that background noise,” Dye said.

The blooming connectivity system on an aircraft, while allowing for some amazing leaps in technology, also present a problem for the early days of the app.

“We have not released this to the public at large, but anyone with Ovation Select cabin can get the application. Support issues will have to be addressed, and will likely follow that path that was taken with smart phones and tablets,” Dye said, referring to the gaps in troubleshooting connectivity both with the smartphone and Glass apps. “If Google Glass doesn’t connect, do they call the Honeywell help desk? Do they call their service provider? Or do they call their local WAP provider?”

This kind of uncertainty for both the company and the user is what Honeywell is looking to eliminate. Wearable technology is still relatively new to all markets, so Dye says Honeywell still has plenty of time to work out the kinks before they bring it to the market at large. But the company isn’t eager to push the new app into the market until the public is ready to receive it.

“As folks get used to [Google Glass], as it jumps in popularity and people really start to wear it, we’ll get a better idea of what we need to do with it going forward,” said Dye.

“What the research has shown us is that people are very interested in having their hands free. That includes the mechanics, directors of maintenance, flight attendants, etc. Wearing it, of course, is down to personal preference. To some extent it’s a fashion type of thing,” he said.

Fashion aside, it’s conceivable that one of these places where this app might find itself is the cockpit.

“For the flight deck, near eye control is not unusual. The Department of Defense has had Heads Up Display for quite a while. Moving that to the eye is logically not that big of a step,” Dye said, although noting that regulations for this type of technology in the cockpit are much more stringent than in the cabin. While it’s conceivable that the technology can be translated to the cabin, it’s a much different road. But for now, flight attendants testing the app in the cabin are finding it makes their work easier and more efficient, according to Honeywell.

There isn’t yet a release date for the application, and Dye notes that when the technology is released to the market isn’t really for him or Honeywell to determine. Instead, they’ll look to the user to determine how best to modify the prototype technology for a more efficient, more useful interface as well as when to release it.

“As the technology comes out it becomes a tool for us to solve a problem,” Dye said. “It’s the identification of that problem that drives where we go.” 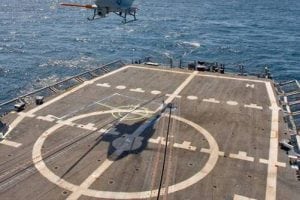 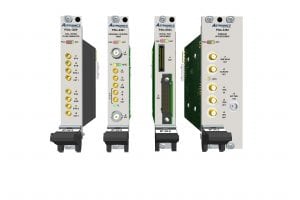