[Avionics Today 7-31-14] The world's largest air cargo carrier is participating in flight trials that are assisting the FAA with "moving ahead smartly" in one of the most transformative aspects of its NextGen program, DataComm, according to Dan Allen, senior manager of Air Traffic Operations at FedEx. In September 2013, FedEx and four other U.S. airlines began performing trials with DataComm at Newark Liberty International Airport and Memphis Airport. FedEx Boeing 777s are equipped with FANS 1/A+ VDL2 avionics, which enable DataComm functionality. Photo, courtesy of FedEx.
Now, nearly a year into the trials, Allen said the technology has "already become routine for our pilots."
"We have upwards of 100 aircraft participating in the trials. Not 100 every day because our aircraft are dispersed all over the world. But we see between 40-60 per day getting their initial clearances and revised clearances routings via DataComm," said Allen, who also serves as the chairman of the DataComm NextGen Integration Working Group for the NextGen Advisory Committee (NAC).
DataComm represents the first phase of the transition from the currently used analog voice system for Air Traffic Controller (ATC)-to-pilot communications to an ICAO compliant system where digital communications becomes an alternate and eventually predominant mode of communication in the National Airspace System (NAS), according to the FAA.  The technology allows ATCs to send text messages about flight plans, departure clearances and route information directly to the aircraft's cockpit, helping to significantly reduce delays that are caused by the limited ability of voice communications to keep up with the increase in air traffic volume.
FedEx's 767s, 777s and MD-11s are all equipped with Future Air Navigation Systems (FANS) 1/A+ and VDL2 avionics that allow pilots to use DataComm.
"The advantage is that the controller can now formulate a message, in fact he can formulate multiple messages to multiple aircraft on multiple routes, and with a few keystrokes send that clearance to the flight deck in parallel rather than the radio in theory, to where the pilot then can review the clearance and load it into the flight management computer," said Allen.
The air cargo carrier has seen some efficient usage of DataComm particularly in Newark, Allen said. According to the FAA, Newark is one of the most chronically delayed airports due to severe weather and its being part of the busy New York airspace metroplex. DataComm speeds up the departure clearance process by eliminating the process of pilots receiving verbal route instructions from an ATC prior to taxiing and then repeating them back to the ATC to ensure the information is correct.
Depending on how complex the route is, this process can take several minutes. In contrast, pilots of aircraft equipped with FANS 1/A and VDL2 avionics such as a FedEx 777 can confirm that same route information by pressing a button in the cockpit and uploading it into the onboard Flight Management Computer (FMC) in a matter of seconds.
"These initial ground services are basically a Wilco function—I’ve received it, I will comply," said Allen. "There’s another function in that our dispatchers get a carbon copy of all these transmissions too. So normally there is this gap in that communication…now the dispatcher is seeing all that activity in real time."
Departure clearances in the airport surface environment will be the focus of earliest deployment of DataComm, though in the future it will be used for much more complex functions in the en route environment. The production systems of the surface capability will begin going online in June 2015 at "two Houston airports and Salt Lake City," Allen said. That will begin a two year process of equipping 57 ATC towers throughout the NAS with the capability.
Then, by 2019 the FAA plans on deploying DataComm at all 20 of its En Route ATC towers, where more advanced functions such as "transfer of communications, altimeter setting, altitudes, routes" will be available. The National Air Traffic Controller's Association (NATCA) predicts air travel will begin increasing substantially in the U.S. in 2015, and the implementation of DataComm will have a significant impact on ATC's ability to keep up with the increase. NATCA estimates that without the assistance of DataComm, the U.S. economy would incur costs of about $22 billion annually, increasing to $40 billion per year in 2033.

"FANS has been around for almost 20 years, being used in the ocean and remote areas. It’s about time we start taking advantage of the capability in the NAS. FedEx is excited, it’s been a priority for us for a long time. We’re very pleased with the FAA’s efforts and it’s right around the corner, so it’s exciting times," said Allen. 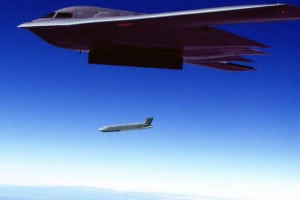 Continental to Use TDG’s Fault Interrupter 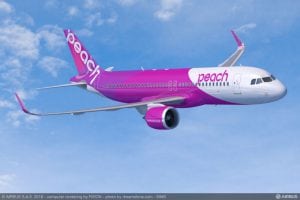