Every day, more operators around the world are swapping paper-based flight operations and hundreds of manuals and navigational charts for Electronic Flight Bags (EFBs) as Commercial Off the Shelf (COTS) technologies continue to make the process cost effective and easier logistically.

According to the Avionics Magazine EFB Survey conducted in April, 62 percent of our readers are end users which are deploying EFBs for the purpose of generally increasing safety and situational awareness. In second place, more than 40 percent are looking to reduce aircraft weight from paper-based manuals and another 36 percent say it makes routing and re-routing easier because it saves time. That just shows the range of reasons and uses for which these end users are integrating iPads, Microsoft Surface 2s, G700 displays from UTC Aerospace Systems, and Samsung tablets, among others, into their cockpits. EFBs give pilots mobile access to real time data, information, planning a route, and picking a destination airport with a swipe of a finger.

EFB manufacturers, software providers and aircraft connectivity providers are always innovating and developing products that present operators with savings on fuel and publications costs, according to Ken Rewick, vice president of flight operations at Hawaiian Airlines. Rewick said Hawaiian is currently in the process of deploying EFBs across its entire fleet, which will help the island-based carrier on long transpacific flights.

“On the transpacific, you can be flying for up to 10 hours straight. The preparation process occurs about two hours prior to the flight. That means six hours into a 10-hour flight you’re using information that is potentially 10 hours old,” said Rewick. “We’re looking to be able to augment that update by using the graphic capabilities of the Electronic Flight Information Environment (EFIE),” which Rewick said the airline uses to describe paperless cockpit operations.

“We can provide a far greater amount of detail regarding areas, routing changes that may have occurred, [and] areas of turbulence that have either appeared or in fact dissipated in the course of the flight. There are fuel efficiencies that can be enjoyed for that and certainly both safety and passenger comfort as well,” said Rewick.

The industry is also always collaborating across technological silos to improve EFBs, as it does with all products. In May at the ARINC EFB User Forum, airlines such as Lufthansa, Air France, KLM, American, and others, collaborated with EFB suppliers, airframers and other companies such as Airbus, Boeing, Teledyne, Thales and United Technologies. Two of the topics widely discussed at the forum were the issues of “connectivity and application, and most of what was discussed was in relation to COTS devices,” according to Matt Martin, product manager of avionics components at Carlisle Interconnect Technologies.

The flexibility and ease of use of COTS devices such as the Apple iPad or the various Android and Windows-based tablets that can be configured as EFBs makes them enticing for operators, especially airlines that need to cut costs. Here are some of the latest EFB hardware and software solutions to hit the market, along with some of the latest innovation in the industry, such as the continuing trend of air frame manufacturers featuring EFBs as standard equipment in the cockpits of their latest aircraft.

Nearly 50 percent of Avionics Magazine survey responders stated that they use a COTS tablet such as the iPad or Android tablets within their flight operations.

Navigating the hardware and software selections available from manufacturers is an extensive process, considering how many different entities and combinations are available. For example, with the iPad, Apple is the provider of that hardware tablet, however where the actual tablet gets to become configured and meets airworthiness requirements as an EFB, is where companies such as NavAero provide mounting solutions and connectivity for the actual tablet to be considered an EFB according to industry standards.

In April, NavAero achieved Made for iPad (MFI) approval from Apple for its Power/Data Interface Module. However, according to Ken Crowhurst, senior director of sales for the Americas at NavAero, the company is seeing a trend where other tablets are emerging as worthy alternatives to the iPad.

“As a hardware provider, NavAero is agnostic when it comes to the actual device. The choice of what tablet to use can best be made by the airline operator as to which device will best meet their operational needs,” said Crowhurst. “We can provide a STC deployment for an Apple iPad Air or for a Panasonic Toughpad or for a Samsung ATIV Tab 5; we just provide the installation provisions to have a structure attached to the aircraft to hold the tablet device and the rest of the system architecture to provide aircraft power for charging and connectivity to aircraft data buses.”

Like NavAero, UTC Aerospace Systems recently introduced a unique EFB system compatible with a wide range of tablets featuring its Tablet Interface Module (TIM), coupled with the Aircraft Interface Device (AID) which enables the iPad or other tablet device to access avionics data such as aircraft heading, GPS position, ground speed and data link messaging with a power supply over a wired or wireless link.

“We see over half of our customers interested in iPads devices as EFBs,” said T.J. Horsager, an avionics business development  manager at UTC. “We can work with other tablets besides the iPad like the Samsung. Certainly from a data interface perspective that’s possible. Because of some of the variations in terms of power input requirements of non Apple tablets there can be some limitations that enter into the discussion there, but there are Windows or non Apple units that can also be compatible from a power perspective with the TIM.”

UTC is also one of several companies that provide a tablet-like display separate from the aircraft flight deck that is designed specifically to function as an EFB, with its G700. The G700 combines a computer and display into one unit, with a dual-partitioned architecture featuring Windows-based EFB applications. Turkish Airlines is currently in the process of becoming the first carrier to deploy the G700 across its fleet.

At the 2014 European Business Aviation Conference and Exhibition, Esterline CMC Electronics, another company that provides an EFB-specific tablet, displayed its latest offering: the PilotView Class 2 EFB system with product configurations ranging from 8.4 inch to 12.1 inch displays. The 8.4 inch CMA-1100 Mk 3, 10.4 inch CMA-1410 Mk 3 and a new 12.1-inch display. Bombardier is featuring the 12.1 PilotView EFB as an option on its CSeries family of passengers jets, which is currently undergoing flight testing.

Although more airframes such as the Airbus A350 XWB are coming off the production line with EFB options, there are still thousands of in-service aircraft that need EFB suppliers to provide their mounting solutions and customized software applications.

One such company, Miami-based Avionics Support Group (ASG), recently achieved an STC for the Astronautics Class 3 EFB for the Airbus A320 family of aircraft. ASG also has achieved STC’s for its Constant Friction Mount (CFMount) and iPad Integrated Power Supply (IPS) on the Embraer 145 and 170 jets. They also have received STC’s for the cfMount on the ERJ190, B777 and B767 Series Aircraft.

Hugo Fortes, vice president of ASG, FAA DAR-Manufacturing, said he sees operators that are well versed in EFB technology, and that more operators are going with certified permanent mounting solutions in their aircraft when deploying EFBs.

“Most operators are opting for the current Class 1 device, a commercial tablet, Windows OS or Apple OS, running tailored apps. This will probably continue until they decide to move forward with Enroute Own Ship position or any other flight critical apps,” said Fortes.

Those mounting solutions allow pilots and flight crews to manipulate the EFB in the cockpit in a fixed position that they can easily access. That ease of access can enable more efficient use of the latest EFB software applications, such as those from industry leader and Boeing subsidiary Jeppesen.

So far in 2014, Jeppesen is in the process of launching version 2.5 of its FliteDeck Pro for iOS with integrated weather, a new enroute rendering technology and database and remote app-level configuration managed by an airline’s EFB administrator.

During the EFB User Forum, Jeppesen launched its new FliteDeck Pro for Windows, designed for the Microsoft Surface and other tablets from Windows Original Equipment Manufacturers (OEMs). For the future, Jeppesen is focusing on interface design enhancements, according to Rick Ellerbrock, director of strategic engagements at Jeppesen.

“We are working with airlines and Part 135 operators right now to help them adopt and gain regulatory authorization to show own-ship during taxi operations,” said Ellerbrock. “We have some exciting plans for our EFB products … some of the themes include integration of ADS-B Broadcast content, increased database and functional integration, more seamless display of charting data [and] functions to support improved flight optimization.”

What other enhancements could be coming to EFBs? Voice inputs? More connectivity options? Perhaps improved functionality with helicopters where vibration often limits use of the EFB unlike the use of it during cruise flight? Only time will tell, but one thing is for sure: the industry will continue to innovate and take EFB technology beyond its original intended primary use as an electronic document reader eliminating paper-based manuals.

“People initially thought of it as a way to view paper documents in an electronic version but it really is a means by which you can connect the aircraft back to the airline’s operations and IT infrastructure to be able to automate so many functions from maintenance through crewing, crew pairings, there are just numerous opportunities,” said Crowhurst. “I would say we’re just now starting to scratch the surface in terms of where this technology is going to be able to go. It is going to dramatically expand.” 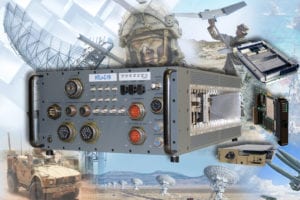