The aircraft, jointly developed by Alenia Aermacchi and ATK, was first unveiled at the Farnborough Air Show in 2012, and completed initial ground and flight tests at Elgin Air Force Base in the U.S. in the spring of 2013. The demonstrator aircraft was modified with a L-3 Wescam MX-15Di electro-optical infrared turret and Link-16 data link hardware and software.

Going forward, the Italian aerospace company is looking to add an upgraded Selex ES communication system and a modified side door for the GAU-23 30 mm cannon installation.

A new series of flight tests involving the new equipment is planned for June. 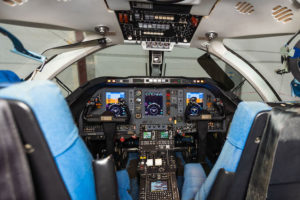