The U.S. Air Force expects the unmanned QF-16 to challenge fighter pilots and air defenders with a Full-Scale Aerial Target (FSAT) representative of a fourth-generation fighter threat. Like the QF-4 it will replace, the agile QF-16 will fly either manned or unmanned and work with existing telemetry/control systems. Boeing Global Services & Support (GS&S) integrated the QF-16 controls that enabled the Lockheed Martin Fighting Falcon/Viper to fly for the first time without a pilot last September and engineers also integrated near miss scoring, smoke-generating visual augmentation and explosive flight termination systems into the new FSAT.

QF-16 NULLO (Not Under Live Local Operation) missions launched from Tyndall Air Force Base (AFB) in Florida will fly up to 120 nautical miles out over the Gulf of Mexico under the Gulf Range Drone Control System (GRDCS) in the same facilities and command and control architecture used to fly the QF-4 control QF-16 aircraft, says Paul Garvey, materiel leader for Aerial Targets at the Air Force Armament Directorate. “At Holloman AFB, the target control system is the White Sands Integrated Target System (WITS), operated by the U.S. Army. At both locations, the infrastructure — control stations, antennas, C2 architecture, etc. — will carry over from the QF-4 to the QF-16 program,” Garvey explains. “The pilot/controller at the console has a control stick, several command/control buttons and three control screens. These screens provide information on aircraft health, a top-down view of aircraft location, range boundaries and airfield information and various aircraft performance parameters.”

QF-16 Low Rate Initial Production (LRIP) was approved late last year after successful Development Test & Evaluation (DT&E). The first retired Viper earmarked for Production Lot 1 flew in mid-January and should be delivered to Boeing this May. QF-16 Initial Operational Capability (IOC) at Tyndall AFB is expected by the fourth quarter of Fiscal Year 2015, and the Air Force plans now call for 210 FSAT conversions through Fiscal Year 2022. Boeing GS&S, headquartered in St. Louis, Missouri, received a pre-Engineering and Manufacturing Development (pre-EMD) contract for the QF-16 in March 2010 and remains responsible for FSAT integration and production. Boeing also reverse-engineered electrical connections to measure voltages and currents. The Air Force 309th Aerospace Maintenance and Regeneration Group pulled the EMD fighters from desert storage at Davis-Monthan AFB in Arizona, performed structural and corrosion inspections, and gave the Vipers new engines. The F-16As were recertified for flight for 200 hours, and the F-16Cs for 300 hours, with each aircraft then ferried to Boeing facilities at Cecil Field, Fla.

“We take it, remove the gun and other items, and we install our avionics packages at Cecil Field,” explains Cejas. “The brains of it go into the ammo bay. We remove the ammo drum, the gun and the gun loader.” The QF-16 EMD effort included two examples each of the F-16A Block 15 and F-16C Block 25 with Pratt & Whitney F100 engines and two F-16C Block 30 Vipers with General Electric F110 turbofans. “There might have been some installation differences, but the software and installation are interchangeable,” Cejas says, adding that they performed repeat and regression testing to be sure of operability.

The Viper is the latest Air Force fighter to assume the unmanned target role as approved by the QF-16 Program Office at Eglin AFB in Florida, Aerial Targets Branch of the Test and Training Division of the Air Materiel Command Armament Directorate. Optionally manned Phantoms like the Viper typically fly multiple missions before being shot down: a QF-4E was one of two test targets downed last November at White Sands by the Medium Extended Air Defense System. By late last year, the Air Force had just 60 of 314 QF-4 conversions left.

“The QF-16 is much more maneuverable than the QF-4, and is capable of pre-programmed maneuvers such as high-G turns, barrel rolls, split-S, etc. This provides the warfighter an enhanced ability to respond and react to new threats and tactics,” Garvey says. “Additionally, the QF-16 will have a lower Radar Cross Section (RCS) than the QF-4, which will provide a more realistic RCS for U.S. fighter aircraft in test scenarios. Finally, the QF-4 aircraft is becoming more difficult to sustain. The QF-16 aircraft will be easier to maintain and generate sorties to support warfighter test efforts.”

“The SIL provides a remote control workstation, in lieu of a conventional manned cockpit, to control the unmanned QF-16 via pedals and control stick along with monitors that provide simulated cockpit instruments,” Corin Beck, BAE systems product line director, fixed wing control solutions, says. “At the Systems Integration Lab, we perform software upgrade verification and address any anomalies identified on the aircraft.” Government engineers meanwhile integrated the F-16 flight control computer with the GRDCS and developed the guidance, navigation and control software to track and control the unmanned fighter as well as adapted the Phantom command landing algorithm to the Viper. Where the recovering QF-4 snags an arresting cable, the QF-16 flares, lands and brakes smoothly to a stop. Two redundant TVIs in the main Viper avionics bay traffic commands from the GRDCS autopilot through the URAPS and AFCC to the existing F-16 control system. “It’s all done electronically [by fly-by-wire system] except for the throttle,” Cejas says, noting that the process leaves an F-16 retaining fully manned capabilities and maneuverability. The new FSAT also has a Vector Scoring System (VSS) from Meggitt Defense Systems in Irvine, Calif. The radar-based system works with a ground station to plot trajectories of intercepting missiles. Measuring the distance and vector of near misses confirms missiles come within the kill zone of proximity-fused warheads.

To bring a damaged FSAT down safely, the QF-16 has an explosive flight termination system housed in the smaller equipment bays of the aircraft. Air Force testers blew up an F-16 hulk on the ground at Eglin AFB in August 2010. “It’s obviously a fairly pricey test to conduct — you only do it once,” Cejas says. “There was a lot of analysis up-front. We had to predict Probability of Kill [POK], if you will.”

With all the DPE installed, QF-16 engineers put their test jet on jacks at Cecil Field, commands dropped the landing gear and moved flaps, and control surfaces. Boeing led the contractor testing with a pilot in the cockpit so as to be able to take over if anything goes wrong. Subsequent GRDCS flights checked flight control modes, preprogrammed maneuvers, loss of carrier-signal recoveries, and takeoff abort/automatic takeoffs and landings. QF-16 evaluation and Integrated Testing (IT) at Tyndall AFB culminated with the first successful unmanned flight last September. Authority for manned and unmanned flights came separately. The Air Force issued a consolidated Airworthiness Certification through Wright Patterson AFB.

“They gave us the clearance for the manned operations,” says Cejas. “We then used the data from the manned operations to get permission for unmanned.” An FAA Certificate of Authority permitted unmanned flights only in the segregated airspace off the Gulf Coast. “We did normal envelope expansion testing and then we worked our way up — everything up through altitude, supersonic speed, different maneuvering, we worked our way up to 9 G.” A similar unmanned clearance will be issued for Holloman AFB and the adjacent White Sands Missile Range where the first live fire test is expected in the first quarter of 2014.Detachment 1 of the 82nd ATRS continues DT/IT at Holloman AFB through early April this year. Independent Operational Test & Evaluation (OT&E) by the Air Force 53rd Weapons Evaluation Group aims to ensure the QF-16 is effective in its operational environment. With QF-16s LRIP deliveries starting this year, the Air Force expects to wrap up QF-4 operations at Tyndall AFB in 2015 and Holloman AFB in Fiscal 2017.

Frank Colucci has written about aerospace design, manufacturing, operations, testing, materials, and systems integration for 35 years. He is a regular contributor to Avionics magazine, AHS Vertiflite, and other industry publications and can be emailed at rotorfrank@aol.com.A pilotless F-16 during flight. Photo: BoeingThe QF-16 is much more maneuverable than the QF-4 and is capable of preprogrammed maneuvers such as high-G turns, barrel rolls, split-S, etc.— Paul Garvey, Air Force Armament Directorate 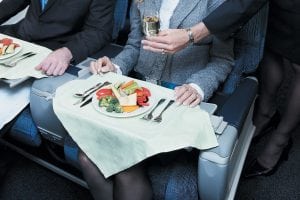