Pilots no doubt are oblivious to the effort that goes into the making of a lowly cockpit switch. But considerable human factors expertise is required to design a switch's shape, size, position and function. And for good reason. Just as inputting a single erroneous digit through a flight management computer keypad can bring a perilous consequence, as revealed in David Evans' Safety column (page 53), so, too, can the incorrect use of a switch bring disastrous results.

"Whether you're transporting 300 passengers to Europe or delivering a single bomb to a target, the mission's success can get down to the use of a single switch," says Jennifer Narkevicius, Ph.D., director, human systems engineering at ARINC Inc.

"A switch is not just a switch," she adds. "It represents a significant design decision. Installing a switch looks like a simple decision, but it's not."

From talking to human factors engineers and a system design engineer, Avionics Magazine has learned of the intricate human factors that go into a switch's design, as well as a concern among some in the aviation industry of diluted switch standards.

In the human factors arena, a list of elements enters into a switch's design and positioning–and with it some new expressions. For example, the object of the well-designed switch is to guide the finger to do the right thing. Switch design, therefore, takes into account "affordances"–ways to encourage proper pilot behavior–and "constraints"–ways to discourage improper behavior. Systems designers often call affordances and constraints "forcing functions," because they are meant to force proper behavior.

Switch design can be a compromise, in that it must satisfy opposing requirements. For example, pushbutton switches must be large enough so that a pilot wearing protective gloves can activate a switch, and only that switch. Yet the switch can not be too large because it must be able to join other elements in a confined cockpit. Real estate behind the cockpit panel is limited, as well, which is why switch manufacturers are designing products with low profiles.

The number of switches and accompanying functions also can be a compromise. For example, a switch that controls many functions, or pages on a display, can require a lot of button pushing and turning, and considerable heads-down time by the pilot. Yet the object of an overall cockpit design is to avoid switch congestion, which also could preoccupy a pilot.

Switch positioning is critical in human factors. This is why, for instance, Rockwell Collins placed key buttons at the top of its multifunction displays, at eye level, in the Sikorsky S-92 helicopter (see story on page 18). In terms of both positioning and function, one system designer suggests that to make the proper use of switches intuitive, developers should have a person who is not a pilot try to operate the switches.

Some worthy human factors elements are, unfortunately, impractical in aircraft. For example, the economies of mass production and the limited available space in cockpits dictate that switches often must be standard in shape and size. This leaves little opportunity to create switches shaped to indicate their function, as is the case with the buttons used for seat adjustment in many automobiles. An exception may be the thumbwheel switch that moves up and down, and the rotary switch that can be turned right or left. These switches may be installed to trigger aircraft movements (ascend or descend or turn right or left) to correspond with the switch movements.

Another exception is not a switch, but rather two levers, which control two entirely different aircraft control functions, yet are positioned close together. Pilots do not want to engage the landing gear lever when they really want to move the flaps lever–which is why one lever is shaped like a wheel, while the other has a different shape.

Mapping switches is another beneficial human factors element that generally is unavailable to the aviation community. Again, restricted cockpit real estate is the inhibitor. Limited panel space prohibits positioning a switch within the outline of, say, an aircraft to indicate where the function associated with the switch is executed. In place of switch mapping and denotative switch shapes, the aviation industry often must resort to abbreviated wording and backlighting on buttons to communicate their functions to the pilot and serve as switch affordances.

Like everything else, the ways pilots input commands evolve. In an attempt to declutter the cockpit, systems designers are substituting switches with graphical user interfaces (GUIs). More and more, airframe manufacturers are employing cursor-control devices, such as roller balls and joy sticks. These devices must account for another human factors element, however: ambidextrous controllability. Most persons are right-handed, yet the GUI often is positioned in the center console, which means at least one pilot will have to use his left hand for input.

In short, human factors are no small consideration with switches. But human factors are not the only concern. As one systems designer laments, the civil quality standards for switches are "ad hoc," and not all suppliers provide switches that meet the old, quite stringent, mil-spec standards.

"As a result," he maintains, "one can attain switches that derive from the manufacturers of other technologies, such as cell phones. These switches often have a beautiful design, and they function appropriately in normal conditions. But they probably would fail when used in temperatures ranging from —20 to 55 degrees C."

The designer's suggestion is not to establish new civil standards, however. He says, "Just keep using the mil-specs." 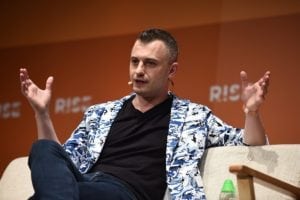 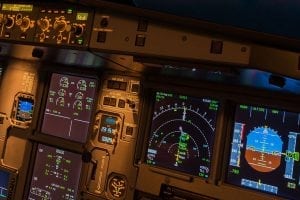 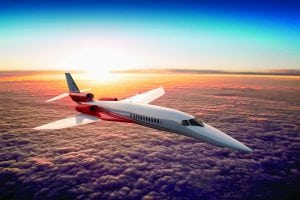