Honeywell Primus Apex avionics on Pilatus PC-12 NG. Photo, courtesy of Pilatus.
Since first introducing the PC-12 in 1994, Pilatus has developed special mission variants of the aircraft and also incorporated winglets and increased the turboprop's gross weight.
The 2014 PC-12 NG's biggest new feature is the new wireless connected flight deck, a set of four iPad applications that interface with an onboard gateway system to provide an effortless data exchange process between the aircraft, pilot and maintenance engineers.
Pilatus collaborated with Honeywell, Jeppesen and Aspen Avionics to implement the new flight deck technology. The collaboration was launched in response to customer feedback that exposed issues with the length of time it took to update the various airport, navigation and terrain databases on the Apex avionics system. Central to providing better processing speed are the newly incorporated iPad applications.
According to Tom Aniello, vice president of marketing for Pilatus Business Aircraft — the U.S.-based branch of Pilatus — the PC-12 NG is the first General Aviation aircraft to feature a connected flight deck. The iPad applications, MyFlightPath, MyCMC, MyGDC, INDS and Connected for Pilatus allow for wireless downloading and updating of navigational databases.
"Each application is designed to enhance the efficiency of data exchanged between the aircraft, pilot and maintenance personnel. The apps enable fast and simple wireless updates of airport, navigation and terrain databases, off-aircraft flight planning and uploading directly to the Flight Management System [FMS], maintenance and diagnostic recording with email to a service facility, and a moving map feature for passengers," said Aniello.

LED lights on the exterior of the Pilatus PC-12 NG. Photo, courtesy of Pilatus.
Other new upgrades include six new interior packages designed in partnership with BMW. The 2014 variant will be the first aircraft to feature global availability for all of the available BMW interiors.
Additionally, PC-12 NG is now an all-electric aircraft, as the Swiss airframe manufacturer replaced the original PC-12's hydraulic landing gear with a new electric system to provide total weight savings of 13 pounds.
Features were also added to the turboprop to enhance the passenger experience, with an on-board media server allowing wireless streaming of movies, music and a moving map application. In the North American market, the PC-12 NG features both satellite and ground-based in-flight connectivity, and Pilatus is also making a new wireless entertainment option powered by Emteq's eConnect system by mid-2014.
Aniello said Pilatus engineers are developing a satellite-based connectivity option that will provide global Internet access as well for PC-12 NG operators.
"There is extremely strong demand for in-flight internet access. The challenge has been that, until recently, the size and cost of the antenna solutions were prohibitive in this class of aircraft," said Aniello.

"While the data rates are still relatively high, we expect they will also come down over time. We plan to offer an in-flight wireless Internet access solution for the PC-12 NG later this year. Pilatus engineers are looking at both ground-based and satellite solutions. The ground-based solution will be applicable for the U.S., and the satellite system will provide global Internet access," Aniello added. 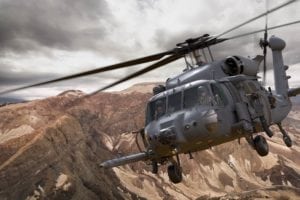 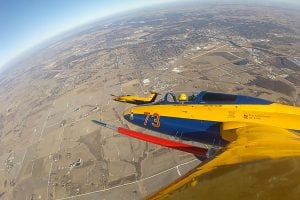