[Avionics Today March 20, 2014] After reviewing the critical systems on the Boeing 787 following serious incidents with the lithium-ion battery system in January last year, a team of aviation experts has determined that the aircraft meets intended safety level and design standards.

The B787 Critical Systems Review Team (CSRT) conducted the review over a six-month period, evaluating the 787's design, manufacture and assembly. With the review, the FAA intended to evaluate its oversight role in the certification of new aircraft and found that it has "effective processes in place to identify and correct issues."

Although the safety of the aircraft was verified through the review, the report also shows that Boeing implemented new manufacturing and assembly processes that its subcontractors and suppliers were unfamiliar with. This resulted in a significant amount of "traveled work,” in which incomplete aircraft elements were shipped to Boeing for final assembly, according to the review.

As a result of the findings, the FAA issued a series of recommendations focusing on actions that Boeing and the agency can take to improve quality control mechanisms for the production of modern aircraft.

"The review team identified some problems with the manufacturing process and the way we oversee it, and we are moving quickly to address those problems," said FAA Administrator Michael Huerta.

For the production of the 787, Boeing moved to a distributed supply chain system and assigned design authority for components to Tier 1 suppliers while moving manufacturing to lower suppliers, according to the review.  The FAA's certification process failed to address that shift.

To address this, the FAA is recommending that Boeing "continue to implement and mature gated design and production processes; ensure suppliers are fully aware of their responsibilities; establish a way to ensure suppliers identify realistic program risks; and require its suppliers to follow industry standards for personnel performing Boeing-required inspections."

Based on the review, the FAA is also undertaking actions to address recommendations for revising its certification oversight process.  As a result, the agency is revising its order on certificate management of manufacturers to recognize new business models, as well as its process for approving production procedures for large-scale manufactures with extensive supply chains.  The FAA is also revising the way it regulates engineering conformity inspections.

The agency is also working on a rule to strengthen the supplier reporting process for the aircraft production process.

Boeing CEO Ray Conner agreed with the recommendations, and said the review validates the company's "confidence in both the design of the airplane and the disciplined process used to identify and correct in-service issues as they arise." 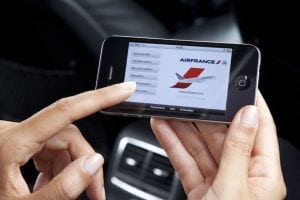 Air France Partners With Orange, GEE to Make the Business Case for Connectivity