Bolivia’s high-altitude airfields of Cochabamba and La Paz played host to a series of tests for the second A350 XWB flight-test aircraft, the MSN3.

The flight-testing provides evaluation of the performance of the A350’s next generation Rolls Royce Trent XWB engines as well as the overall aircraft under extreme conditions. La Paz is among the world’s highest airports at an elevation of 13,300 feet; Cochabamba is about 8,300 feet above sea level. Flight test crews performed a number of takeoffs with all engines operating and with simulated engine failures to collect data on engine operating characteristics and to validate the aircraft’s takeoff performance.

ATR has announced the first qualification for one of its full flight simulators in Latin America, a -600 series added to the flight training facilities of Avianca in Bogota, Colombia.

ATR expects the number of ATR -600s operating in the Latin American region to double within the next three years. Currently about 30 airlines operate 50 ATR 600s in the region.

“This new ATR-600 training simulator, coupled with our new customer support offices in Sao Paulo and Miami, is an important step beyond of our aim to further develop our operator-oriented offer[ings] in a region where we have experienced strong success in recent years,” said Filippo Bagnato, CEO of ATR.

Boeing rolled out its first 787 Dreamliner, a 787-8 for Aeromexico, at the new increased production rate of 10 per month.

The Mexican carrier received the aircraft, its fourth 787, as part of an aircraft leasing agreement with the International Lease Finance Corp.

Despite the 2013 grounding of the 787, Boeing has continued to see increased demand for its flagship aircraft from carriers such as Aeromexico.

“The entire 787 team is now focused on capturing efficiencies at this historic level of production, as well as meeting our commitment to increase the production rate to 12 per month in 2016 and to 14 per month by the end of the decade,” said Larry Loftis, vice president and general manager for Boeing’s 787 program.

Aeromexico is operating its new 787 on flights between Mexico City and London Heathrow airports.

Avianca Holdings reported an increase in air traffic of 7.3 percent and an increase in passengers carried for 2013 by 6.6 percent to 24,625,062, compared to the previous year.

During the holiday travel period from Dec. 13 through Jan. 12, passengers carried cost to a record 1.5 million.

Embraer, the world’s fourth largest airframe manufacturer by sales, delivered 209 airplanes in 2013, a slight increase from the 204 airplanes delivered the previous year.

The Brazilian company’s backlog increased to $18.2 billion. Embraer targeted deliveries of 80 to 90 light executive jets and 25 to 30 large executive jets in its 2013 outlook.

The fourth quarter was a busier period for Embraer, with 32 commercial and 53 business jets delivered. 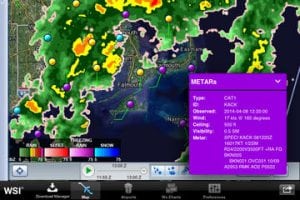 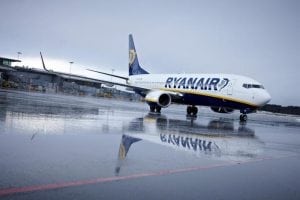