“With more than 825 T-6 aircraft in operation around the world, and more than 2.2 million accumulated flight hours, the aircraft has a fully tested and validated airframe fatigue life, plus an advanced avionics capability to facilitate future growth,” said Russ Bartlett, president of Beechcraft Defense Co.

New Zealand will base the aircraft and simulators at its Air Force Base Ohakea.

The Chinese carrier will add Thales’ latest avionics solutions to a fleet of 60 Airbus A320s that it purchased for $5.4 billion in 2012.

Delivery of those aircraft is scheduled to begin this year.

The system features a performance based Terrain Awareness and Warning System (TAWS) and an ADS-B capable transponder in a 6 MCU package, along with a full range of ADS-B In functions, which would prepare China Eastern for ADS-B future airspace mandates in the region.

The new joint venture, ACCEL (Tianjin) Flight Simulation Co., will create a “simulation and training center of excellence in China,” according to Rockwell Collins. ACCEL will be located at Tianjin Airport.

Burkhard Andrich has been appointed president and CEO of Manila-based Lufthansa Technik Phillippines.

Airbus has signed an agreement with several Malaysian and European partners to establish a Center of Excellence in the country that will assess local solutions for the future production of jet fuel in the country. 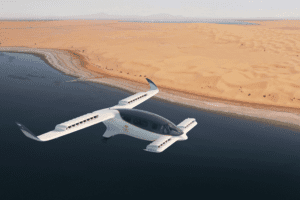