The most advanced avionics solutions and integrated flight decks are no longer reserved for top business jets and air transport aircraft. In recent years, avionics companies have started introducing some of the most advanced navigation and flight management systems for helicopters, which seem to have been a forgotten aspect of avionics research and development over the past two decades. Now manufacturers are working everyday with Original Equipment Manufacturers (OEMs), pilots and especially international civil aviation authorities to develop these technologies specifically for helicopters too.

From Universal Avionics’ NextGen MD Helicopters Flight Deck program to Rockwell Collins’ Helisure system in the hills of Iowa and from Honeywell’s Smart View System (SVS) in the U.S. to Airbus Space and Defense helmet mounted display systems research and development, avionics companies now more than ever are developing the next generation of helicopter cockpits. All companies have unique approaches, structures, algorithms and designs toward building their platform, but all seem to also have one thing in common: a pilot-centered approach to developing next generation concepts.

Building around the intuitive feel of the cockpit for the pilot, and focusing on man-machine interfacing, the majority of next generation cockpits will be centered around reducing pilot workload and providing crystal-clear outside-the-cockpit three-dimensional displays of terrains and elements within a pilot’s given flight path in a radar-based 3-D structure. Companies are placing synthetic vision systems, Helicopter Traffic Awareness and Warning Systems (HTAWS) and even Traffic Collision Avoidance Systems (TCAS), into their current and future designs.

But why has the helicopter market lagged in fixed wing advanced avionics systems? Helicopters differ from fixed wing aircraft, from the various weight classes to the flying procedures, which are typically lower and take place more frequently in degraded visual environments and turbulent flight conditions compared to fixed wing. These helicopter factors require avionics systems with higher levels of software certification and more robust Line Replaceable Units (LRUs) for the vibration environment. The coding involved with the software for these systems, LRU interfacing and manufacturing that occurs with these systems is not only revolutionary, but also needed for improved helicopter safety, which has been a focus of international aviation regulatory agencies in recent years.

Since launching their two-year Next Generation flight deck program for the MD Explorer helicopter in 2013, Universal Avionics is wrapping up the systems definition process and using rapid prototyping tools to create simulations of what they’re proposing to build or how they’re proposing the displays and man-machine interfaces to work, according to Grady Dees, director of technical sales at Universal Avionics. The Universal-MD partnership represents an excellent model for building the next generation of helicopter cockpits, a civil rotorcraft air framer and an avionics manufacturer developing a flight deck with high-resolution LCD displays and a point-and-click display control system designed to improve situational awareness, which is one factor that all avionics companies are focusing on when developing future helicopter cockpit systems. Flight decks, such as the NextGen flight deck from Universal, need to tremendously reduce pilot workload in the future.

“The hardware design is pretty much finalized,” says Dees. “The plan is that there will be a cursor on the collective control in the cockpit, so the pilot will have his hand on the collective, his thumb will be over a cursor switch allowing him to position the cursor and move the cursor around on the displays and make selections on the displays in a very intuitive manner.” This is the manner in which next generation flight decks are being designed, based around a pilot and his natural mannerisms or where she expects different navigation functions and controls to be located within the field of movement and line of sight.

Garmin recently unleashed a futuristic flight deck with the G5000H, a helicopter avionics suite designed for medium lift helicopters in development for the 525 Relentless, Bell Helicopter’s largest ever helicopter, which Bell has not yet confirmed an entry-into-service date for.

“We’ve added what we call a flight path marker, and what that does is it shows where your aircraft is going to be within 6 seconds if you don’t manipulate the controls,” says Brett Harlow, military/government business development manager and helicopter pilot at Garmin. Grounded in an advanced concept, the G5000H is about 90 percent touchscreen, with some mechanical buttons, which are mostly for fallback in case something fails, according to Harlow. With the G5000H’s touchscreen functionality, and four big displays that can integrate split screen functionality. Although Harlow believes civil aviation authorities are unlikely to certify a fully integrated flight deck that is 100 percent touchscreen in the future, the ease of touch functionality will definitely see an increasing presence in the next-generation flight decks, especially for non-critical flight control functions. “When I hear the term ‘next generation of helicopter cockpits,’ I think of a touchscreen integrated flight deck,” says Harlow.

“The synthetically drawn information comes directly from our enhanced ground proximity warning database,” says Ververs. “For Combined Vision, we super impose that 3-D representation of the world with real time data.” Ververs says that in flying their SVS system with military, corporate and production pilots, feedback has been consistently good. According to Ververs, pilots say, “this is the NextGen, this is where the helicopter market is going.”

Unlike the digital and IR images produced for fixed wing aircraft, synthetic vision systems on helicopters have to refresh themselves quickly enough to keep up with the forward, backward and sideways movements of helicopters, especially when flying in Degraded Visual Environments (DVEs) and Honeywell’s system will certainly be able to do that, no matter into which next generation cockpits it makes its way.

Honeywell is also making significant progress with going beyond its Smart View system with even more advanced synthetic vision; a system that combines multiple sensors and database information into a single 3-D view of the outside world, their Synthetic Vision Avionics Backbone (SVAB). The next generation goal with SVAB is to provide military operators with flexibility in adopting synthetic vision-based offerings with different sensor packages — essentially a system that is sensor impartial. Trials of the system have been conducted on a Sikorsky Black Hawk as part of a Defense Advanced Research Projects Agency (DARPA) Multifunction Radio Frequency (MFRF) program in the United States.

“We take the real time sensor data and combine that with the A-priority data, or the data that you have from mission planning and combine that into looking for change detection,” says Howard Wiebold, business development manager for the aerospace advanced technology group at Honeywell. According to Wiebold, the multiple sensors allow for the fusion of different sources of data to present an accurate and realistic picture that the pilot can use based on the particular phase of flight that they enter into. This concept is going to be another central theme in the next generation of military helicopter cockpits, and eventually within civil helicopters.

The goal for systems integrators deploying these futuristic cockpits is to increase both safety and situational awareness for helicopter pilots. Rebecca Risty, director of marketing at Sandel Avionics, says this is one of the goals for her company in participating on the HTAWS segment of the international helicopter safety team (IHST), and with the FAA on HTAWS technology. “I definitely think we’re taking more of a notice toward helicopters because there’s a need there. For the fixed wing market it seems those needs have been addressed already,” she says. Sandel’s ST3400H HeliTAWS provides a glimpse into the next generation helicopter situational awareness too — as it is the industry’s first multi-hazard avoidance system alerting against wires terrain and obstacles.

Not to be outdone on improving awareness, Rockwell Collins is looking at the increasing complexity and sophistication of helicopters and developing capabilities based on pilots’ current and future needs. Recently, the aerospace manufacturer launched its HeliSure product line, a family of technologies to provide solutions for helicopter cockpits. Initially, the company has introduced its HSVS and HTAWS for AgustaWestland AW149, AW189 and AW169 helicopters. Future capabilities incorporated into HeliSure will include active sensors that help pilots detect hazards with intuitive symbology. Feedback from pilots and operators about HeiSure are requesting future possibilities including the overlay of three-dimensional weather or traffic symbology from T-CAS systems, according to Dan Toy, principle marketing manager for airborne solutions at Rockwell Collins. “We’re trying to change the way that the pilot interacts with the system, trying to go to more of a task oriented user interface,” he says.

As you can see, the next generation of helicopter cockpits is already under development. The biggest avionics companies in the world are all looking at the increasing needs for synthetic vision, advanced navigation systems and overall improved situational awareness for helicopters, and the future cockpits are being built in conjunction with airframe manufacturers such as Garmin’s G5000H on the Bell 525 Relentless and Universal Avionics’ NextGen flight deck for the MD Explorer; companies are also working with civil aviation authorities like the Honeywell-FAA collaborative development of the Smart View System.

“I think we’ll see some dramatic changes over the next five to 10 years,” says Toy, analyzing the future rotorcraft cockpit environment. “There’s going to be an awful lot of the helicopter fleets that are going to be turning over in the next five to 10 years. We’re trying to couple some of our cockpit technologies to innovations in airframe design … I think we’re going to see operators wanting to invest in new aircraft as well, and when they do, they’ll get these new cockpits and the new technologies.” 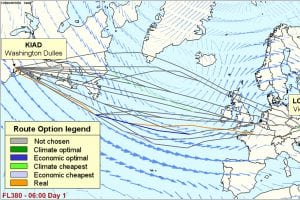 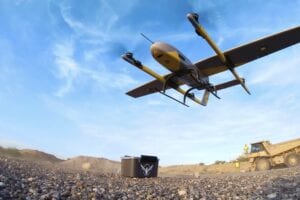 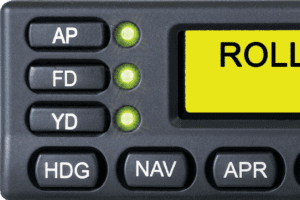