Air Canada is obsessed with one-truth data; Air Transat is using tech upgrades to take passengers over the pond; and WestJet is calculating return on every dollar. The Canadian carriers have differing strategies, but all three are up on capacity, down on costs per seat and have aircraft on order.

With new technologies like Electronic Flight Bags (EFBs), connectivity and Automatic Dependent Surveillance-Broadcast (ADS-B) landing in cockpits for all three, it’s hard to say who is leading the way. While WestJet may be closer to getting every Aircraft Maintenance Engineer (AME) his or her own Public Key Infrastructure (PKI)-secured applications on iPad, Air Transat has installed nearly the full array of next generation technologies and meanwhile, Air Canada has almost finished integrating a Trax stabilized IT system to monitor all of its Maintenance, Repair and Overhaul (MRO) issues for the whole fleet in one single system.

Low cost carrier WestJet has been ahead in fuel savings and route efficiency for years and while they are willing to spend in order to save, Chief Technologist James Callaghan casts a cautionary eye at tech upgrades. At a time when the airline has just made a massive investment in 65 new 737 MAX aircraft with plans to purchase 40 more from Bombardier before 2018, WestJet is interested in using all the capacity added to their current fleet of 107 without letting endless software possibilities seduce the budget. “How you deal with those software-enabled aircraft, you have to be careful that you don’t put too much back into the costs you’ve saved,” says Callaghan.

WestJet has a history of netting significant fuel savings as one of the first to use winglets to reduce drag. WestJet’s fleet already has Required Navigational Performance [RNP] systems to increase fuel savings while other airlines have only begun to consider RNP.

“I believe that we have some of the most fuel efficient operational capabilities in the industry. … the evolution toward the GPS-based ADS-B systems will help build on the efficiencies,” says Callaghan, referring to savings WestJet gained when it began operating with RNP approach capabilities in 2010. Currently WestJet is in the research and selection phase for ADS-B, watching Transport Canada as the regulator goes through the public comment phase. Transport Canada is likely to follow the Federal Aviation Administration (FAA) by requiring ADS-B by a certain date, but Callaghan says whether the regulator requires it or not WestJet has bought in for safety and efficiency.

The airline is also invested in In-Flight Entertainment & Connectivity (IFE&C) systems with Wi-Fi connectivity available for all guests in the cabin. While already-stored information on the seat back will not go, Callaghan says WestJet will favor connectivity over quickly outdated seat back systems. “We don’t have [ground-to-air or satellite] implemented yet but we are definitely looking at both technologies. We’re very close, at this point,” says Callaghan. The IFE&C system will be fully integrated and will not only provide entertainment and basic connectivity but also wireless optimized to deliver real-time video, says Callaghan.

As for the cockpit, WestJet is already partially connected and has further plans to integrate EFBs with the rest of the network, using the Q400 fleet as the foundation. Already pilots can send messages and Callaghan says connected-cockpit capabilities will just get richer. WestJet even plans to get PKI-secured applications to every AME so maintenance can more efficiently deal with software issues on wide-bodies WestJet will need in the future, according to Callaghan.

One of the few technology updates WestJet has not extensively pursued is an overhaul of their IT system to their new aircraft like Air Transat and Air Canada have. WestJet prefers to save costs, and a more organized infrastructure does not qualify as quick return on investment in his eyes.

On Top of Tech

A wing of parent tour-operating company Transat A.T. Inc., or the “Transat Group,” Air Transat is a leisure airline with a fleet of 23 aircraft and differing winter and summer customer bases — they summer to Europe with wide-bodies and winter with narrow-bodies in the Caribbean.

Historically the Transat Group has purchased some seats from the airline and has also contracted out other carriers such as chartered airline CanJet based in Halifax, Canada. But as of May 2014, Air Transat will experience what Executive Vice President Jon Turner calls “massive, significant growth” when all of the Transat Group’s sun-destination flying on narrow-body Boeing 737-800s will be internalized. To prepare, Air Transat has four 737-800s on delivery for May delivery, and eight to 10 seasonal B737s slated for December arrival. Air Transat is also dual-qualifying pilots so wide-body aviators can fly narrow-bodies and vice versa.

Since much of Air Transat’s market is flights to Europe, the airline has also invested in Traffic Alert Collision Avoidance System 7.1 (TCAS 7.1), Controller-Pilot Data Link Communications (CPDLC) and ADS-B to comply with European airspace regulations. Air Transat did not stop at the requirements however, but went to invest in almost every next generation technology out there: they’ll have EFBs on 737s, cockpits connected via Inmarsat or Iridium, fuel inerting capabilities, real time engine monitoring and are also planning to invest in software to generate full flight profiles. Additionally, the company may purchase Iridium voice and data technology systems for more of its aircraft.

On the topic of in-flight connectivity upgrades, however, Turner hesitates. “Connectivity is a very good question and it’s something we’re watching really, really closely … it seems there are still some issues to overcome,” he says. “Number one is that you cannot distribute the latest early release content from Hollywood on Wi-Fi; they still haven’t gotten encryption to the point that they’re comfortable with airlines distributing that wirelessly. That’s one disadvantage. The other is it seems the technology is not at the point yet where you can distribute streaming video to every passenger on the aircraft at the same time. … You want to make the jump into technology either at the right time or in a manner that allows you to easily upgrade it without incurring a lot of additional expense,” says Turner. However, Air Transat has already effected the cockpit’s connection and, because it only requires bit streams of data, it is not difficult to send messages and to get data from the air into the system on the ground for analysis.

Instead of splurging on Wi-Fi, the luxury airline has spent $4 million for all-new leather seats and the Zodiac Rave seat back system in each of their A330s. With the old, heavy technology entertainment system out, the A330s have dropped 4,409 lbs.,providing more fuel savings for Air Transat.

For now, the luxury airline will sate customers’ video demands with the latest from Hollywood. Not only does it avoid connection delays or bandwidth-hogging problems, but also the screen sizes beat Personal Electronic Device (PED) viewing.

The biggest Canadian airline currently sports a fleet of 192 aircraft — excluding airplanes flown by contracted regional carriers — and is slated to grow that number to 214 by 2019 with the help of 30 new 767s, two narrow-body Airbus jets, state of the art 777s and 787s. The only thing getting upgraded at Air Canada are the 767s, a mixed fleet, which need service bolt-ons to fit the European standard, in addition to a denser seating plan.

Beyond meeting projected capacity demands of between 9 and 11 percent growth from 2013, Air Canada is expanding its reach internationally. “We’re exploring some new markets, many of them in Europe, that we couldn’t penetrate previously based on our cost-per-available-seat model.... We’re actually going after and attacking some of those markets,” says Alan Butterfield, vice president of Air Canada Maintenance and Engineering.

With so many state of the art aircraft incoming, Air Canada is also interested in a complete system integration overhaul. The airline has a contract with Trax’s MRO Fleet Management software forgathering, processing and reading data — avionics and otherwise — that its fully electronic 787 aircraft gather. This is purportedly the biggest Trax-airline deal ever, according to Butterfield. “Previous to 2014 we’ve invested in an all-new IT system.... We’re the first full-blown, mixed modeling type of aircraft flying airline that has gone full-blown with the Trax, with it being the core of our operating system,” he says. Butterfield is very proud of that system, which he explains is designed to gather maintenance information from every single aircraft in the fleet. Rather than analyzing data in side-by-side programs like AHEAD Pro for Embraer, Airman for Airbus, Boeing’s health monitoring system, or engine monitoring used by GE, Pratt & Whitney and Rolls-Royce, all information updates go straight into Trax where Butterfield can run analyses on all data simultaneously. Butterfield estimates that the integrated system will be fully operational by May 2015.

Coupled with the system are employee incentives and accuracy-reward programs that Butterfield says result in 20 percent increased productivity and first-time encounter fixes for problems in maintenance.

Meanwhile, Air Canada is not done shopping for planes. They are in the market to replace their narrow body fleet and hope to select and announce some of that in the first quarter. The aircraft to be replaced will not be upgraded but Air Canada does have fully-outfitted airplanes coming in, and for the aircraft that will get upgrades, an EFB and electronic log book are about a year away.

CPDLC is already completed and running for 767s and on some Airbus, and cellular connectivity is in the setup process for 787s so technicians can get data without having to manually download it from the aircraft. Air Canada is also saving costs with the lower weight of its regional leisure line, rouge, which has denser, lighter seating. Rouge also features Wi-Fi connectivity for passengers.

Though Air Canada plans to get as many techupdates as Air Transat with all the next generation technologies operational on its new aircraft arriving in early 2014, Butterfield says the future is not about “toys.”

“I think we like the gizmos and the tools and the little popups. … but we don’t actually think about how do you integrate that with people and make sure that that works with people.

I think that’s always the challenge, and has been the challenge and will continue to be the challenge for executives, especially when they become enamored with a toy that they actually understand. What is that toy going to do for the shareholders and the value of the corporation and the employees that have to implement it? That’s the key thing, I think.”

FAA Rule Says New Aircraft Design Must be Quieter in 2018 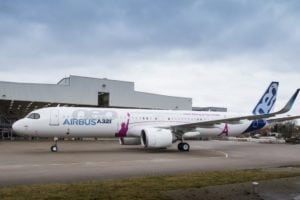 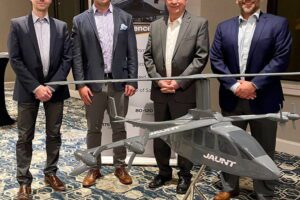