The government shutdown enters its 14th day Monday, three days after the Senate commerce committee released a report detailing the shutdown's negative impact on FAA and other critical federal agencies.
According to a report released by the committee on Friday, the shutdown has halted the implementation of the nation's largest infrastructure modernization project, NextGen. The multi-billion dollar program, which has already faced several delays, has been stopped altogether while more than 14,000 FAA employees remain furloughed because of the shutdown.
"FAA has halted the development, operational testing and evaluation of technologies and safety standards for NextGen--the agency's program to modernize the air traffic control system," the report says. "Progress on NextGen slowed during initial implementation due to sequestration in 2013, and the initiative has been put on hold altogether due to the shutdown."
The shutdown comes at a crucial time for FAA's NextGen project, as the agency continues the shift from a radar-based air traffic system to a satellite-based system. By 2014, more than 700 ADS-B ground radio stations are scheduled to be implemented, providing the full ground infrastructure to deploy automatic surveillance broadcast (ADS-B) communications between air traffic controllers and pilots throughout the National Airspace System (NAS).
However achievements such as this are threatened by the shutdown, because no one from the agency is performing any of the development and evaluation of the technologies and safety standards needed to deploy NextGen.
Last week, the House passed a bill that would temporarily re-open the full operations of FAA, though the Senate has yet to vote on that bill as senators await a fiscal year 2014 budget that funds all federal agencies, including FAA.
Aerospace Industries Association (AIA) President Marion Blakey spoke about the shutdown's impact on NextGen during testimony before the Senate commerce committee Friday.

"Congress has recently encouraged the FAA to put a higher priority on near-term benefits and NextGen implementation. However, just as the FAA is making that change, with its brand-new NextGen leadership team, the wheels grind to a halt. We simply cannot make the progress Congress envisioned in the FAA Modernization and Reform Act unless the FAA is provided stable and reliable funding," said Blakey. 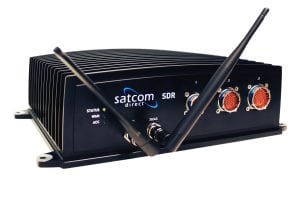