FAA's policy regulating the scheduling of its air traffic controller workforce needs improvement to mitigate its impact on fatigue, controller performance and agency costs, according to a new report released by the Department of Transportation's Office of the Inspector General (OIG).
After a series of highly publicized incidents in 2011 where air traffic controllers either fell asleep or became unresponsive, FAA took action to improve the impact of its scheduling practices on controller performance. One of the changes required an additional controller to the midnight shift at 30 air traffic control facilities that only had one controller scheduled for that time. That change costs FAA about $1.9 million per year, the report says.
However, auditors found that 20 of the 30 facilities where an additional controller was added are actually candidates for reduced operating hours during the midnight shift, because they don't meet FAA's requirements for 24-hour operations.
Another new policy that emerged between 2011 and 2012 was a requirement for controllers to have a minimum of nine hours off before daytime shifts. OIG reviewed 32,000 shifts between April and July 2012 and found 279 cases where controllers did not have the required nine hours off. There were another 102 cases where controllers had not had at least eight hours off, which is required prior to all shifts.
"When schedules were rearranged to accommodate the 9-hour requirement, controllers reported to work early in order to avoid long commute times in urban areas and were forced to wait until they had at least 9 hours of off-duty time to start working, even if they were already at the facility," the report says.

Furthermore, the report states that FAA does not have the proper metrics in place to measure the impact of its nine hour rule on controller performance.

Despite the negative findings of the report, the agency has been making progress on the overall impact of fatigue on air traffic controllers, according to a statement from the National Air Traffic Controller's Association (NATCA).

"According to the National Transportation Safety Board, tremendous progress has been made on the fatigue issue. It actually removed fatigue from its most wanted list of safety issues for 2013," a spokesperson for NATCA said in an emailed statement. "A NATCA-FAA working group recommended starting a training program and implementing a Fatigue Risk Management System, both of which have worked well. We know that we must constantly build on the positive progress that has been made."

OIG issued four recommendations as a result of its review; develop milestones for implementing reduced operating hours at 24-hour facilities that do not meet agency requirements for 24-hour operating schedules, require supervisory approval prior to allowing controllers to sign on for work before the time-off requirement is fulfilled, continue audits of its nine hour rest requirement and develop guidance that specifically defines rest requirements governing "recuperative breaks" during midnight shifts. 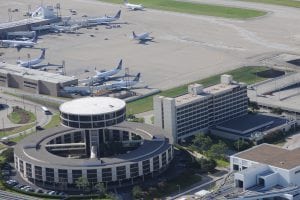 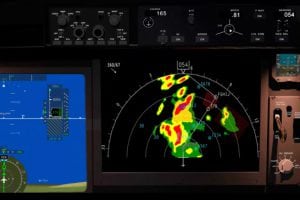