The National Transportation Safety Board (NTSB) sent a letter to FAA urging the agency to modify its air traffic control procedures to ensure safe separation between aircraft during "go-around" maneuvers.

The letter follows the investigation of five incidents in which commercial jetliners came within hazardous proximity of other aircraft while arriving or departing at major U.S. airports. A go-around – an aborted landing attempt by an airplane on final approach – can be initiated at the direction of ATC or by the flight crew upon a determination that circumstances are unfavorable for a safe landing.

The safety hazard identified in the five incidents all occurred when an airplane that was on approach to the airport aborted the landing attempt and initiated a go-around maneuver, which put the go-around airplane on a flightpath that intersected with that of another airplane that was either departing or arriving on another runway of the same airport.

Although current FAA procedures have specific requirements for ensuring the separation between two airplanes that are departing from different runways but that have intersecting flightpaths, they do not prohibit controllers from clearing an airplane to land at a time when it would create a potential collision hazard with another aircraft if the pilots of the landing airplane perform a go-around.

In such situations, a flight crew performing a go-around may be put into the position of having to execute evasive maneuvers at low altitude and high closing speeds with little time to avoid a mid-air collision. The NTSB has determined that existing FAA separation standards and operating procedures are inadequate and need to be revised to ensure the safe separation between aircraft near the airport environment.

The NTSB has recommended that the FAA modify air traffic control procedures so that an airplane that executes a go-around instead of landing as expected, will not be put on a potential collision course with another airplane either in the process of landing or departing. 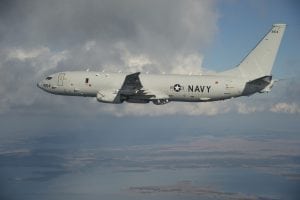 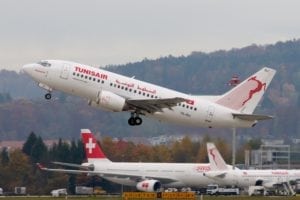